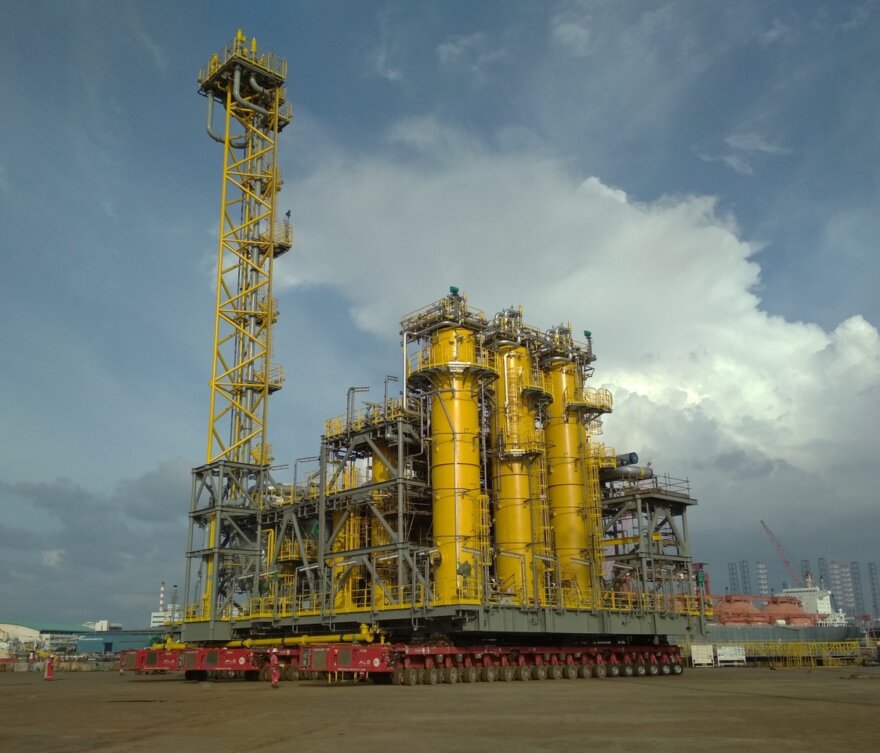 ALE’s operational expertise and focus on safety has been demonstrated during the heavy transportation and lifting operations of an FPSO project in Singapore.

ALE was tasked with transporting, lifting and installing eight modules, weighing up to 1,820t, onto an FPSO for the Liza Destiny FPSO project.

The teams’ proactive approach to safety was recognised with the ‘Best Safe Supervisor Award’ granted by the client on a recent FPSO project in Singapore.

The operational team of six were praised by the client: “Your willingness to step up and go beyond your responsibilities is highly commendable. Thank you for your continual dedication to safety.”

“It was the first time we worked with this particular client and they had the confidence in our abilities from our proven track record in the region,” explained Roberto Radicella, General Manager for ALE’s Malaysia branch.

“The client has recognised our professionalism and skill. We have a huge focus on in-house training and ensuring our operators have internationally-consistent standards of regular training as well as proactive focus of safety excellence so we can deliver the highest-level of quality on site. The fact that we only required six operators to undertake this project, less than half the crew other companies have previously deployed, is a good indicator of the expertise and capability we have within the team.”

The project was completed within one month. Once the FPSO build is complete, the FPSO will be located 190km offshore in the Liza Field and is expected to produce up to 120,000 barrels of oil per day. The FPSO facility will develop approximately 450 million barrels of oil from Liza Field.