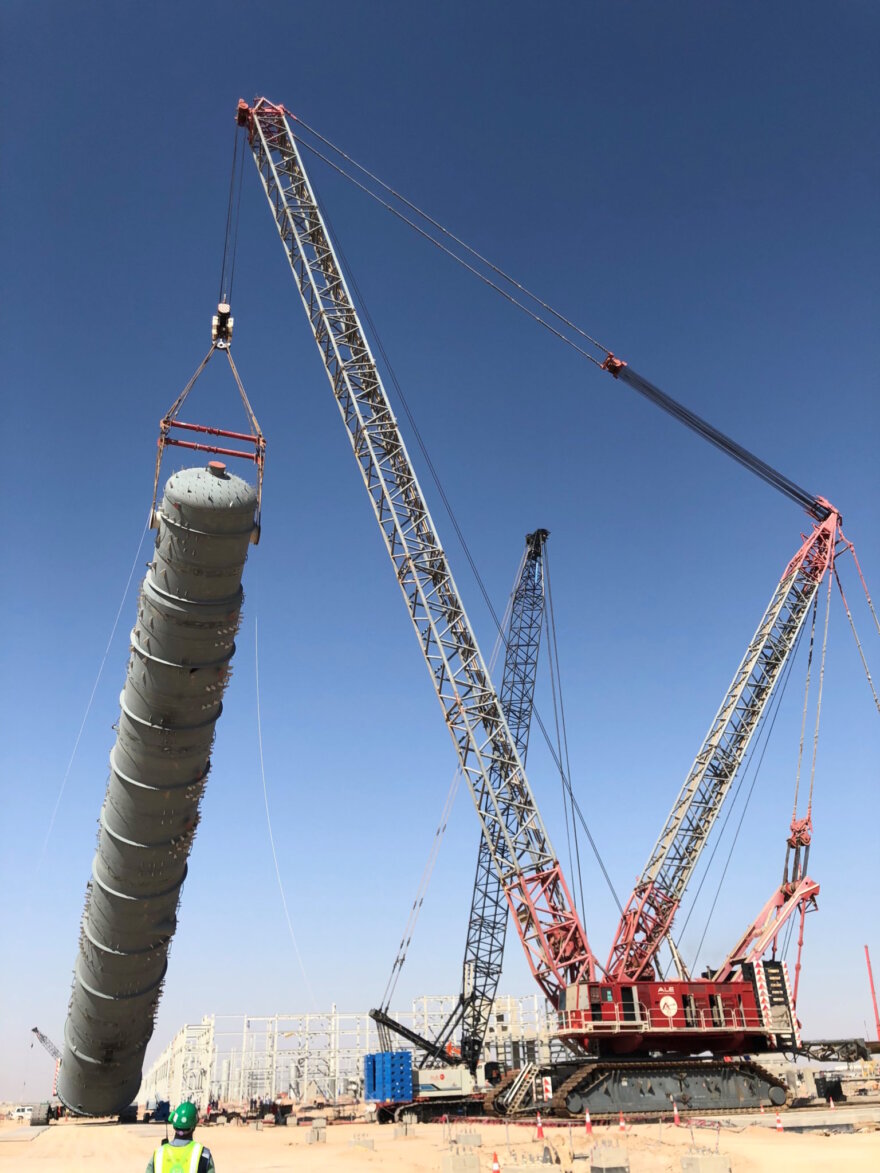 ALE has utilised the largest-ever capacity cranes in Iraq while performing the heavy lifting works at the Karbala Refinery Project. The quick mobilisation of the cranes has also enabled ALE to optimise the overall project schedule.

As part of a bigger scope involving several contracts for heavylifting, the global heavylifting contractor has been tasked to perform more than 350 lifts of refinery components over one year.

ALE has maximised its extensive fleet of equipment to carry out this project in the most efficient way. 24 cranes, ranging from 50t to 1,600t, have been deployed, as well as a number of conventional trailers, together with 48 axles SPMT, for the onsite movement of heavy cargo.

Alberto Pittaluga, Director of Iraq, explained: “For this project we were keen to optimise the project schedule as much as possible, selecting the best equipment for the job and maximizing mobilisation times. Within just one month, the cranes were shipped, transported to site and assembled, which is a huge achievement for everyone involved and demonstrates our commitment to our client’s timeframes.”

The Karbala Refinery Project, based in the South Karbala province, commenced in 2016 with each contracted scope lasting between one to three years. ALE has previously performed the heavy transportation of approximately 45 oversized items, weighing up to 250t each. The heavy operations are expected to complete in April 2019.

The new Karbala Oil Refinery is part of the country’s investment of $6.04bn, in which the facility is expected to have a refinery capacity of 140,000 barrels of crude oil per day.