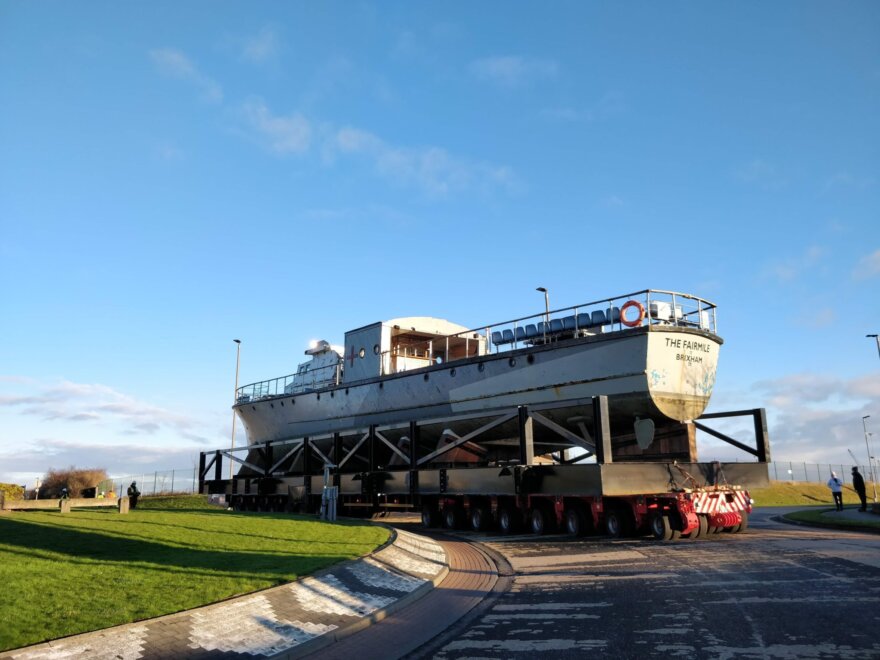 The specially-tailored solution minimised disruption at the docks and during the heavy haulage transportation, and was the most cost-efficient method to install the Fairmile B motor launch, measuring 34m and weighing 92t, at The National Museum of the Royal Navy Hartlepool.

After the vessel, previously known as The Fairmile and prior to that Western Lady III, had been transported from Southampton by a specialist barge, Terra Marique, ALE’s scope began at Hartlepool Docks. 16 brackets were designed, fabricated and installed on the vessel’s support cradle by ALE. These enabled the motor launch to be jacked-up evenly from within the hold of the barge using 16 50t-capacity climbing jacks and avoided any additional stress being placed on the fragile vessel. After being jacked-up, it was secured on 16 axle lines of SPT and ALE performed a Ro-Ro operation to load-in the vessel onto the quay.

The route to the museum was mostly along the public highway and was planned in detail. It was arranged for a Sunday morning to minimise disruption to the public as much as possible. The one-mile journey using ALE’s specialist transport was the most efficient transportation solution as it offered the most stable and carefully controlled method of moving the vessel, which was over 70 years old, as well as minimising the amount of street furniture removals required. Once at the museum, ALE jacked-down the vessel to install it in a purpose-built temporary building. 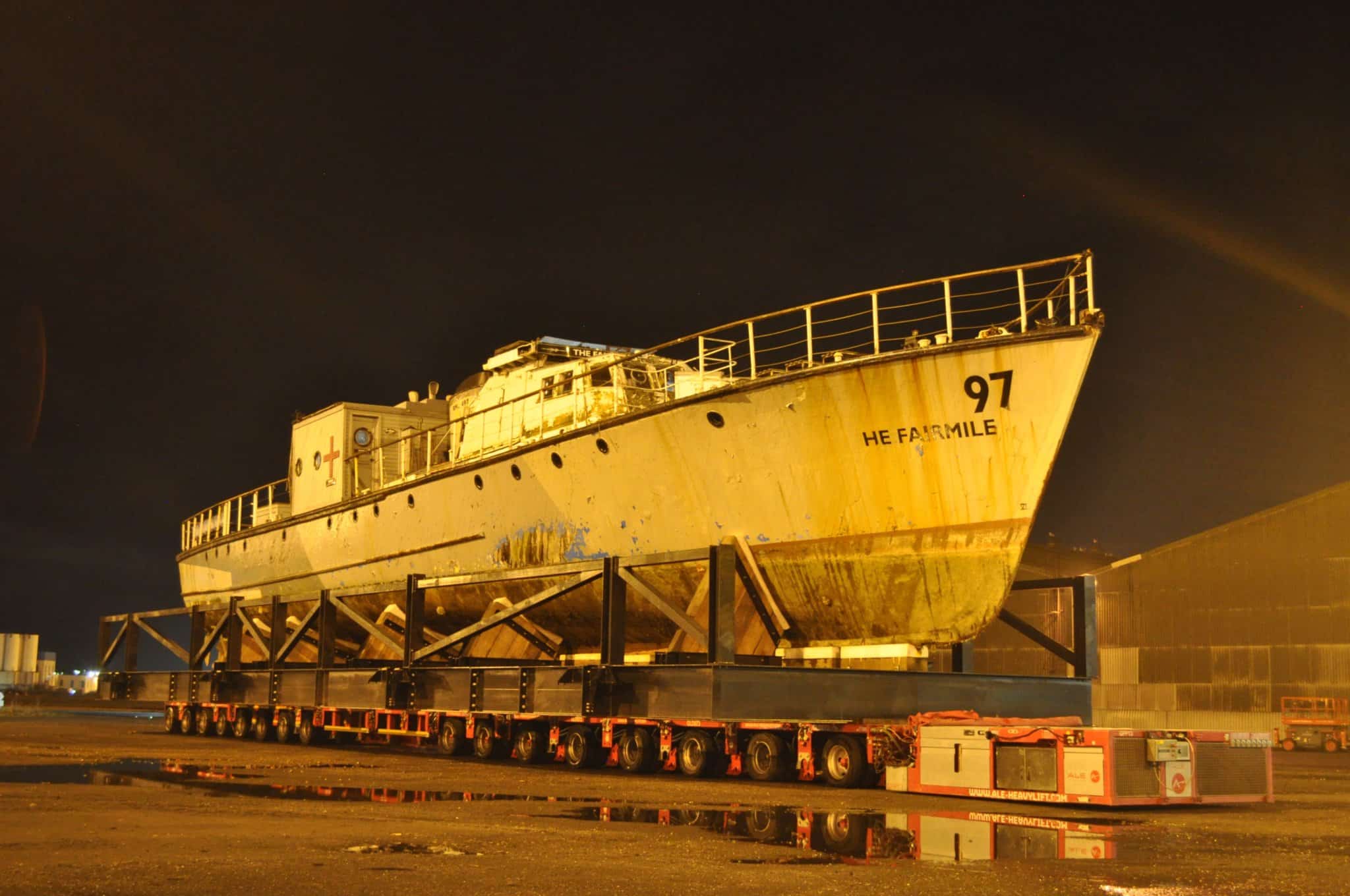 ALE’s bespoke jacking and transportation solution provided a cost-efficient solution for the operation, avoiding the need for a large crane that would also have caused significant disruptions at the docks. The expertise of ALE’s engineering team ensured the fragility of this unique vessel was safeguarded throughout the operation and the installation was completely successfully.

David Trigg, Project Manager, said, “We are proud to have been able to develop a bespoke transportation solution for this remarkable vessel and to have played a part in supporting its relocation.”

“ALE has undertaken previous projects involving historic vessels and being able to draw on the diverse experience of our engineering team, combined with our extensive range of jacking equipment, enabled us to provide the safest and most efficient solution for this landmark transportation and installation.”

RML 497 began life rescuing fallen airmen in the Second World War and had a varied life, including civilian service as a passenger ferry. The installation of the former Royal Navy motor launch is part of an extension project for The National Museum of the Royal Navy Hartlepool. The vessel will undergo restoration works in a temporary building before going on permanent display at the museum.