Aberdeen-based, Colin Lawson Transport has marked its 20th anniversary in business this year with the arrival of a uniquely liveried Volvo FH-500 tractor unit.

Founded in June 1997, Colin Lawson Transport is one of the leading haulage companies in North East of Scotland. Specialists in the oil and gas sector, in addition to providing heavy and general haulage services, the firm has gradually expanded over the last two decades, with its commitment to first class service levels and strong customer relationships. 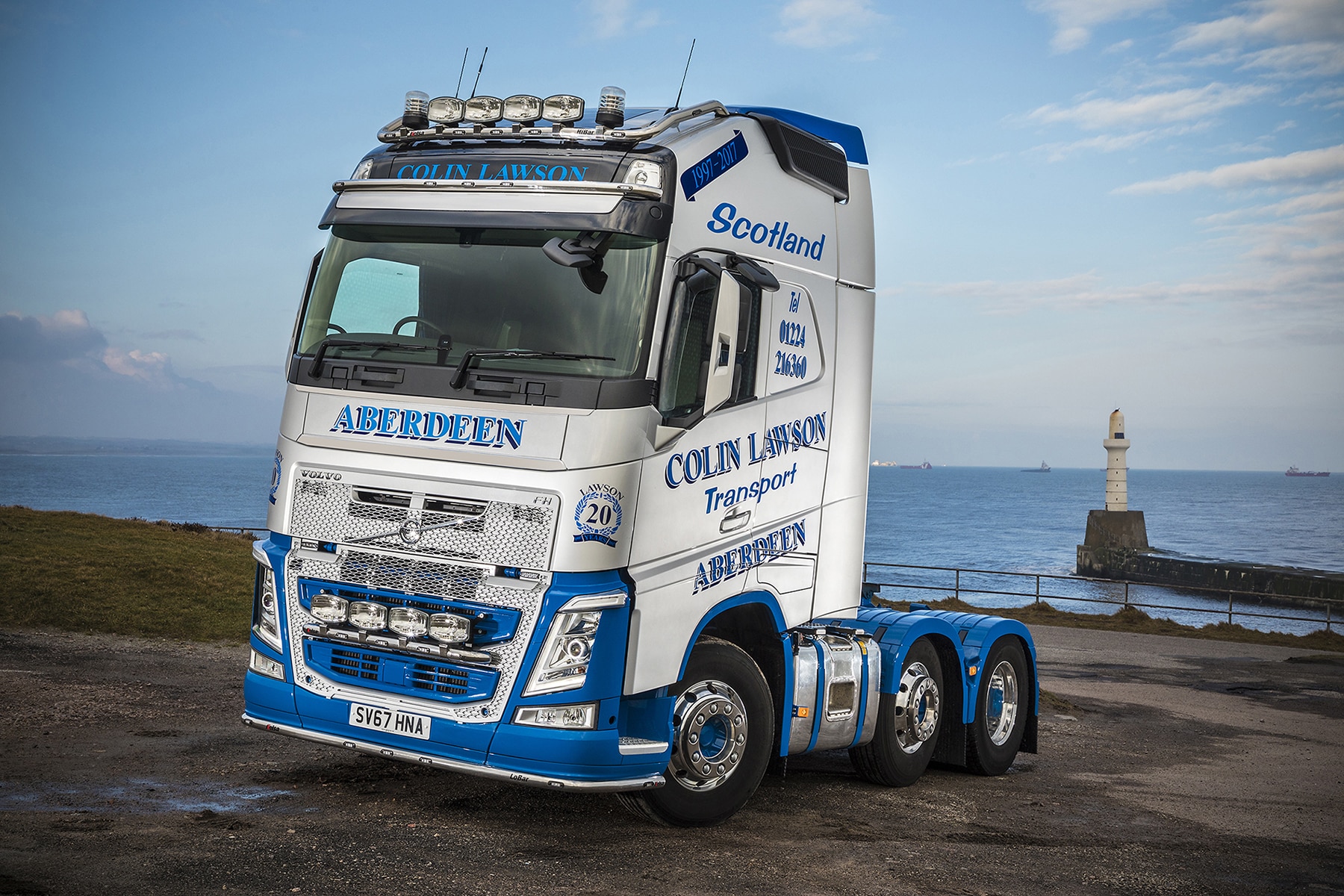 “We decided to mark our 20th anniversary with something a bit different. The Millennium Silver anniversary Volvo contrasts nicely with our signature white and blue livery,” reports Colin Lawson, Managing Director. 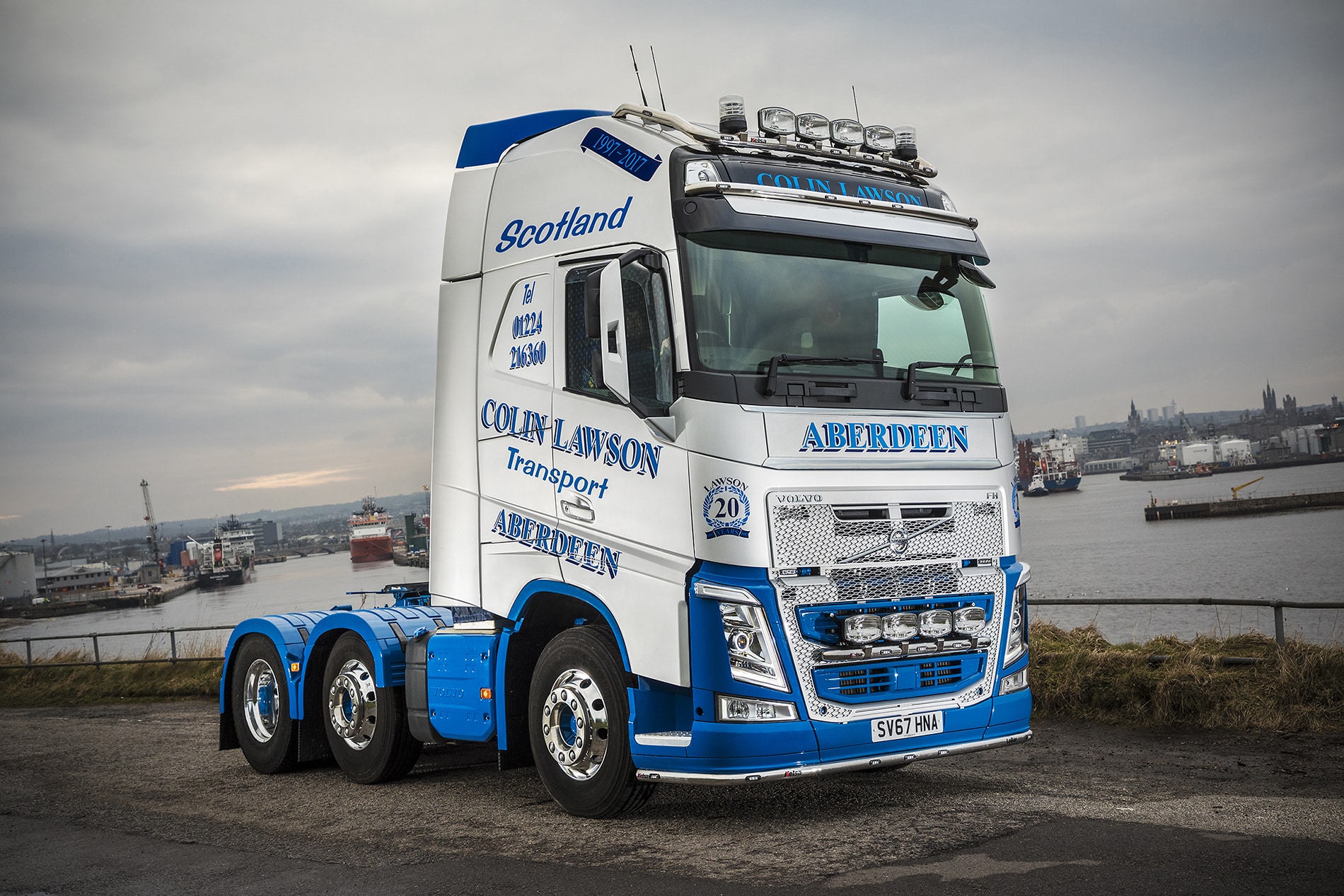 As with all vehicles in the 60-strong Colin Lawson Transport fleet, the latest Volvo FH will spend two years on long distance haulage before being moved to local work for around eight years. The latter period features regular refurbishments to maintain peerless maintenance and presentation standards.

“I have a long association with Volvo trucks, which is represented in our heritage fleet with examples from the F10, F12 and F16 ranges,” notes Colin, adding, “Our front line Volvo trucks are flagship vehicles built for drivers. I am sold with I-Shift; it is a superb transmission system. Volvo trucks have earned their place in our business.”