Required to travel half of the length of the country, each of the six loads originated at Severfield’s structural steel facility in Bolton, and were destined for installation some 290 miles away at the Kent M20 Junction 10a development.

With each of the six plate girders measuring 41m long this would require an autonomous transport solution. Utilising 6-axle and 5-axle bogie trailers provided the ideal solution. With each of the trailers featuring a turntable on both the front and rear bogies the loads could successfully navigate the route, efficiently manoeuvring the axles and cargo to suit the surrounding topography. Utilising these bogie trailers not only offered a 60-degree steering angle and increased ground clearance, but coupled with the added turntable technology, provided a more flexible approach and adaptability.

Each of the paired plate girders were loaded to Collett’s bogie trailers at the Severfield site utilising a 500 Tonne mobile crane before departing from the site under Greater Manchester Police Escorts and our Code of Practice escort vehicles. Even though each bogie provided turntable manoeuvrability, certain sections of the route on exiting Bolton and the surrounding areas required additional manual steering operations due to the 41m rigid length of the cargoes. 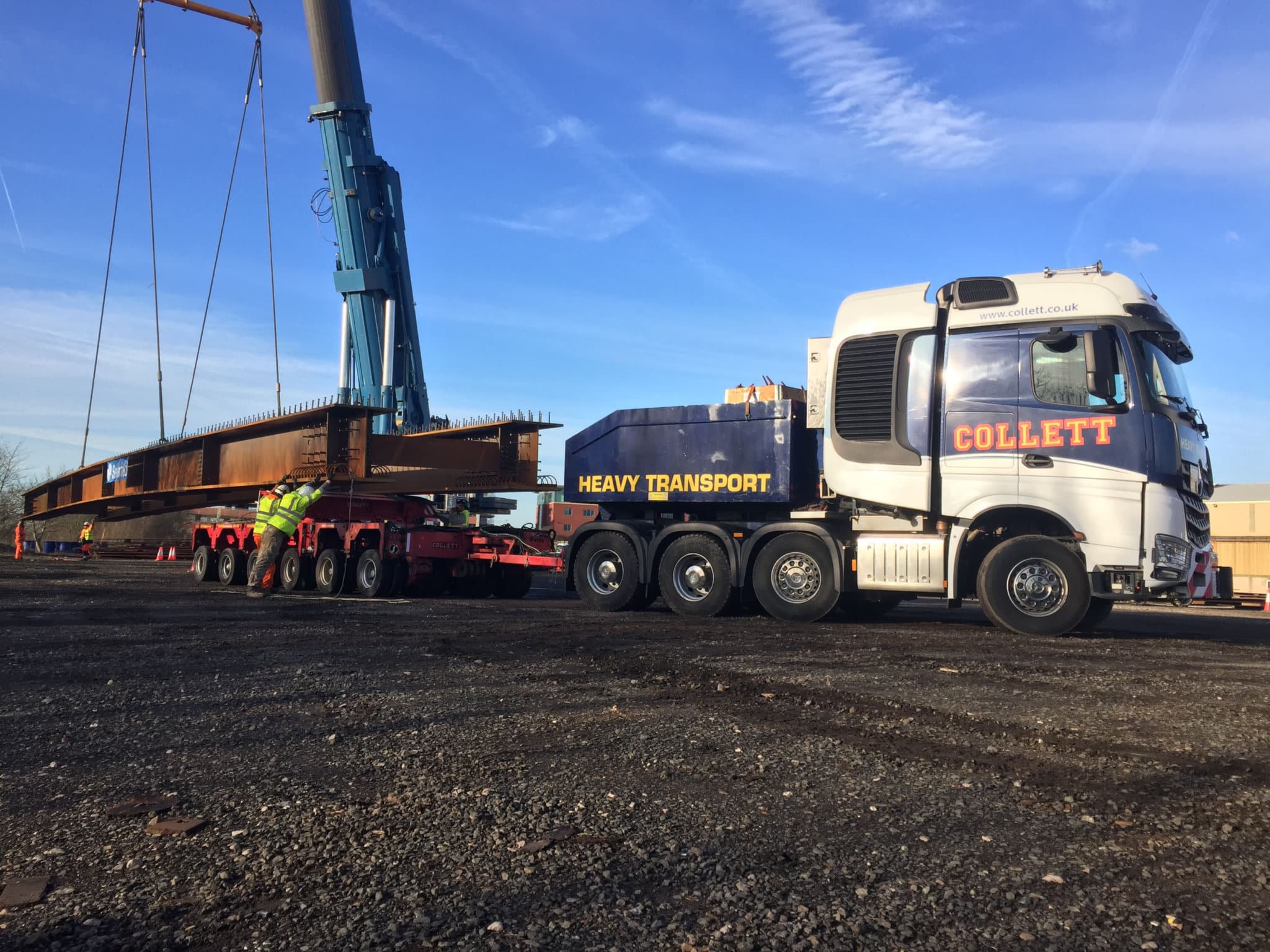 Once safely on the motorway network our convoy continued onwards around the outskirts of Manchester, Warrington, Stoke-on-Trent and Stafford before arriving at the designated abnormal load parking bay.

With traffic management employed at various locations across the route, the proceeding day each of the loaded paired plate girders continued on their journey through Birmingham and then South East towards London. Joining the M25, our Teams passed Leatherhead and Kent before arriving later that day at the M20 Junction 10 holding area.

All six of the 41m sections (three for the East Bridge and three for the West Bridge) made the 290 mile journey arriving safely at the development site.

The overall Highways England project is to create a new interchange junction 700 metres East of Junction 10 over the M20 and a dual carriageway link road to the existing A2070 Bad Munstereifel Road. Construction on the project also includes a replacement pedestrian footbridge and a connection to the A20 Hythe Road. The development is now underway with the junction and link road expected to be open to traffic in Autumn 2019 and the full scheme completion by Summer 2020. 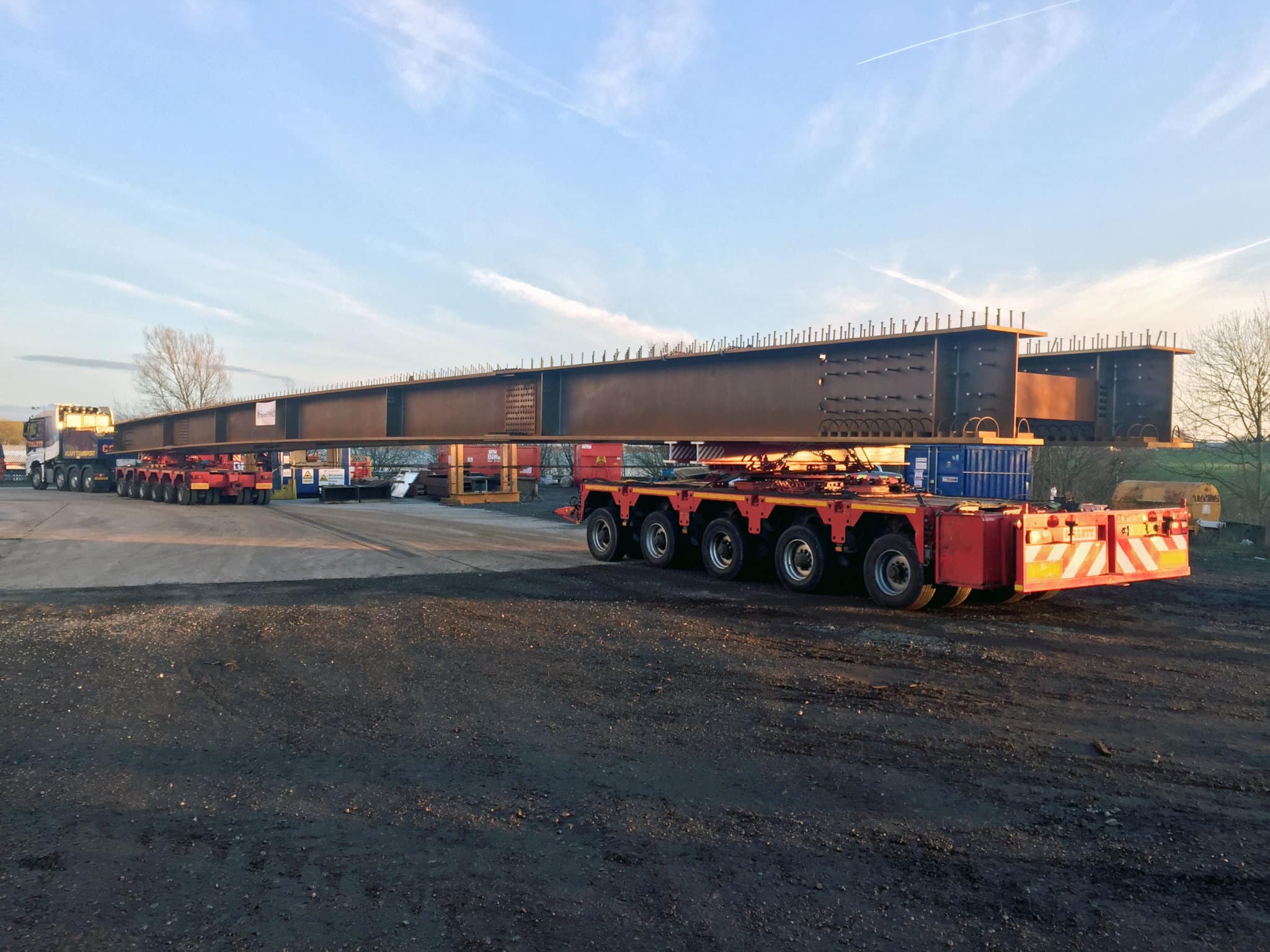