Collet’s third girder bridge project in a four week period, this time the team were off to Willenhall Substation.

Having already delivered Cellarhead and Lovedean in the previous weeks, this would be the third of their August National Grid projects, and with the 170 Tonne transformer safely nestled in their girder bridge trailer they began the first 74 mile leg of the journey.

Under rolling escort from Cheshire, West Midlands and Staffordshire Police, their pre-planned route from the Port of Ellesmere saw them travel through Chester, Northwich, Stoke-on-Trent and Stafford before coming to rest in the abnormal load layby at Penkridge. There, the Team and the 66m (L) x 5.3m (W) x 4.8m (H) loaded combination would wait until the early hours of Sunday morning before continuing on, minimising disruption and impact on other road users in the more populated areas they were required to navigate. 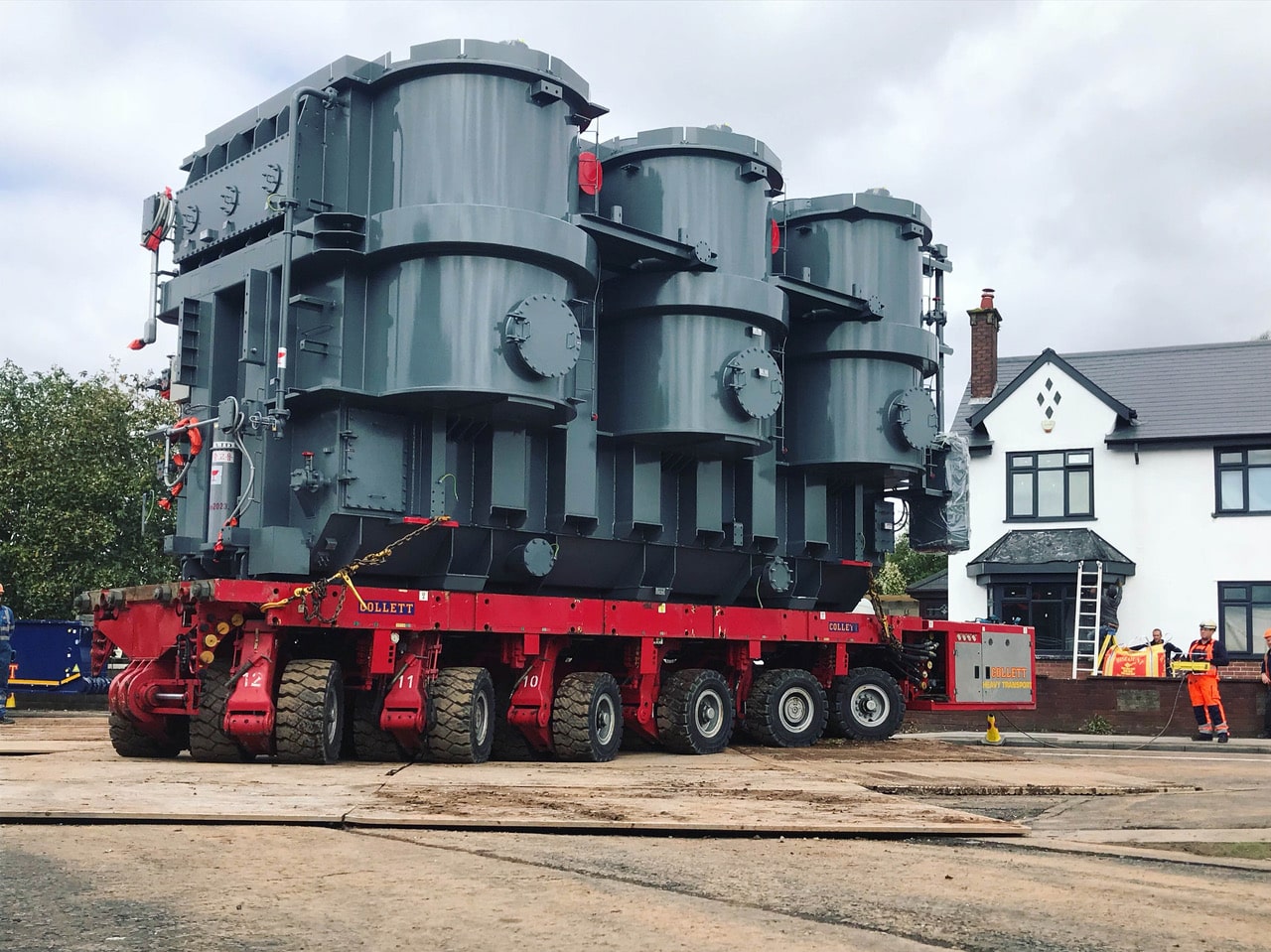 Working closely with Cheshire, Staffordshire, Wolverhampton and Walsall Councils in the pre-planning of the project, the Collett’s Team had already arranged for the removal of any street furniture, which identified in their specialist swept path analysis reports, would potentially impede the safe passage of the loaded combination. Another potential pinch point would be the access to the Substation site. With the access on Bilston Lane being a residential area they had already notified these residents in advance, as well as local media, to ensure that those living within the affected areas would be well aware of the project before its commencement. At this point there would also be parking restrictions in place and the implementation of a temporary road closure at the entrance to the Substation grounds.

As the early hours of Sunday dawned, the Team departed the layby to continue on the second, and final leg of the journey to Willenhall Substation. Travelling between 10-15mph throughout the route, their convoy steadily navigated the outskirts of Wolverhampton before heading through to the more confined streets of Willenhall. Due to the 66m length of the combination and the tightness of the turns on to the site, the Team were required to circumnavigate two roundabouts on their approach, allowing them to facilitate a left turn to the site road and deliver the cargo to its required destination. 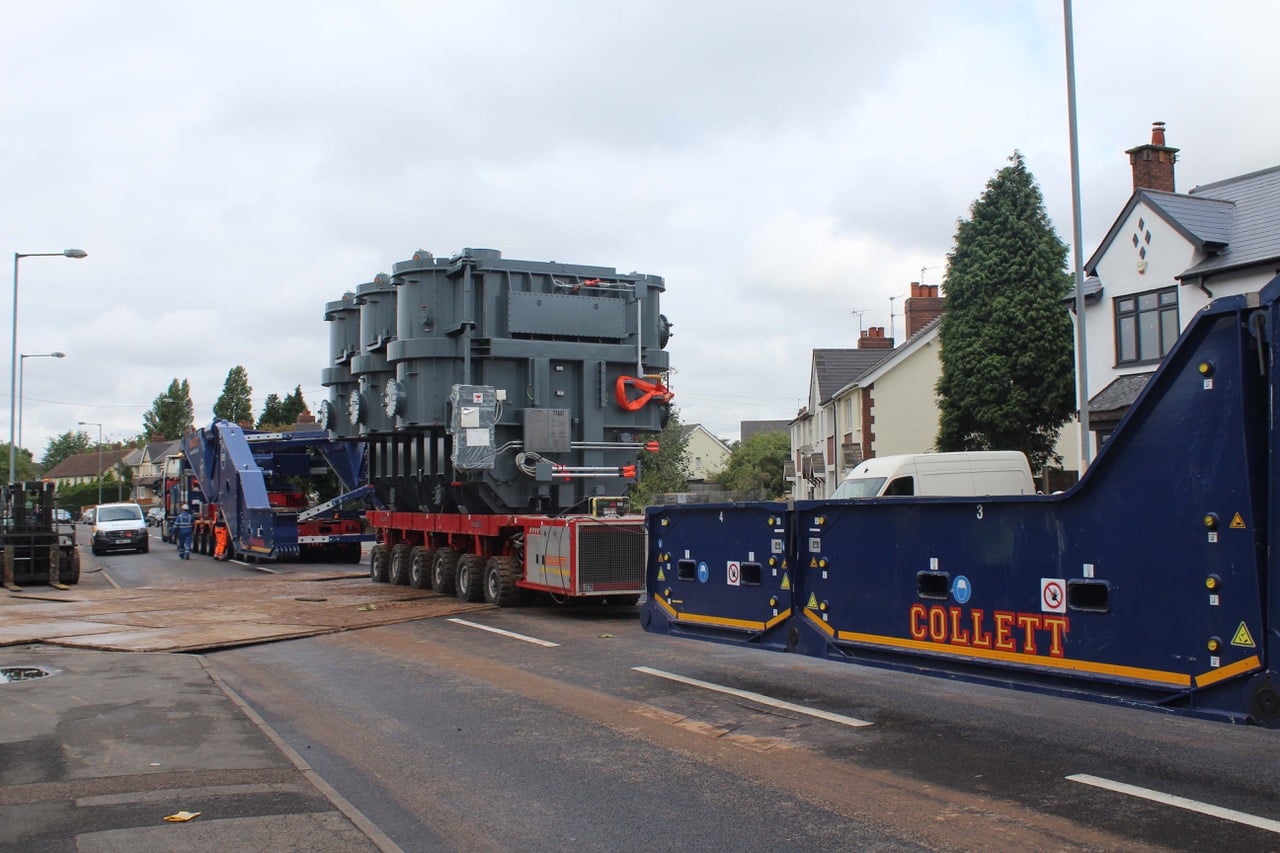 In the early hours of Sunday morning, approximately four hours after departing from the abnormal load layby some 15 miles away, the cargo arrived safely on site. Due to the restricted access to the Substation the Team began transhipment operations to discharge the transformer from the girder bridge to an awaiting 6 axle SPMT, with an adapted operating speed to suit the axle loads. Once loaded, they hydraulically lowered the SPMT and the transformer to a height of 5.6m allowing the cargo to be driven on to the site before manoeuvring into storage position and lowering onto support stools. 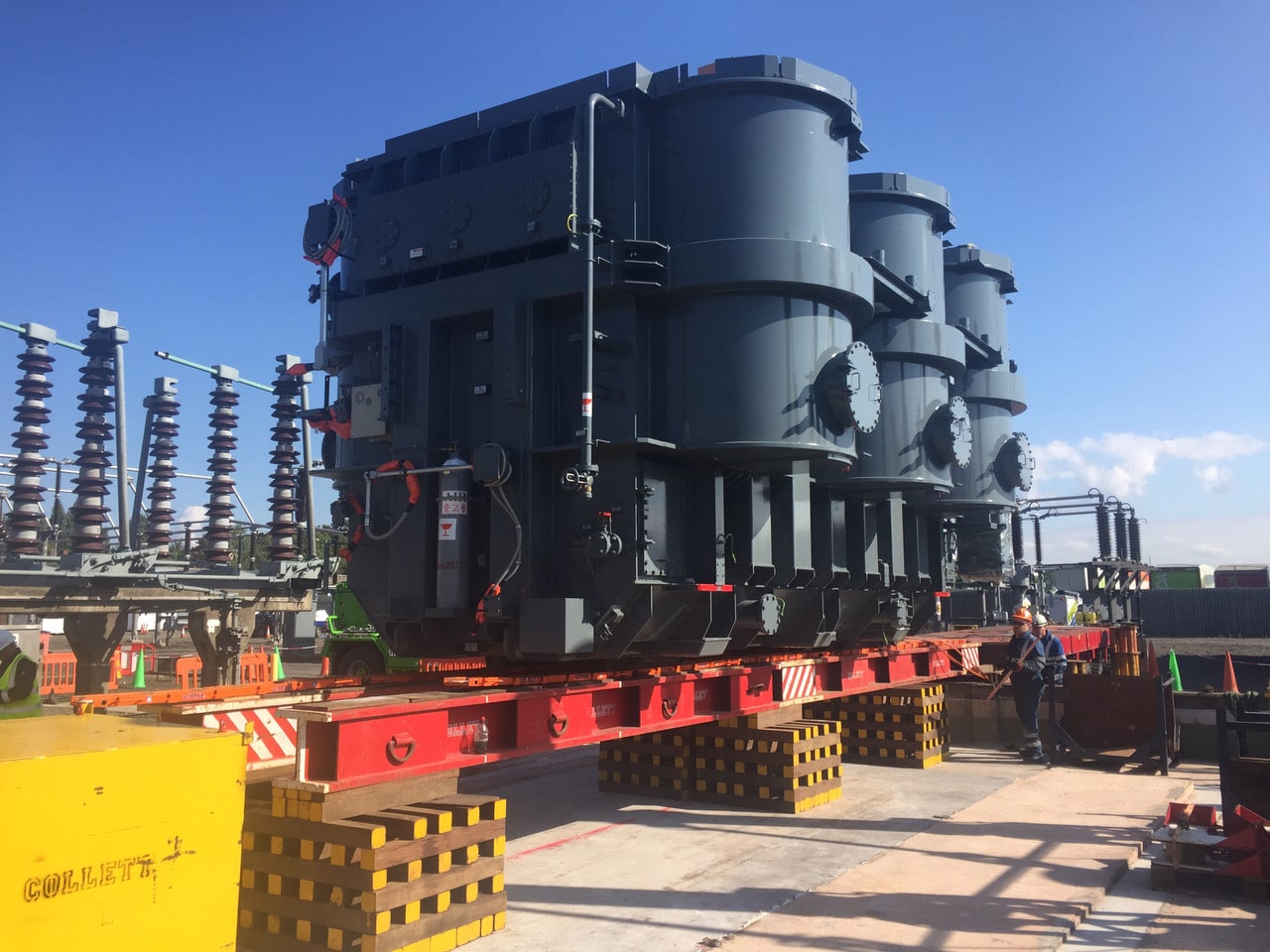 With the Super Grid Transformer safely skated into position that completed the hat-trick, Cellarhead, Lovedean and Willenhall all safely delivered and bringing to a close an extremely busy four weeks!