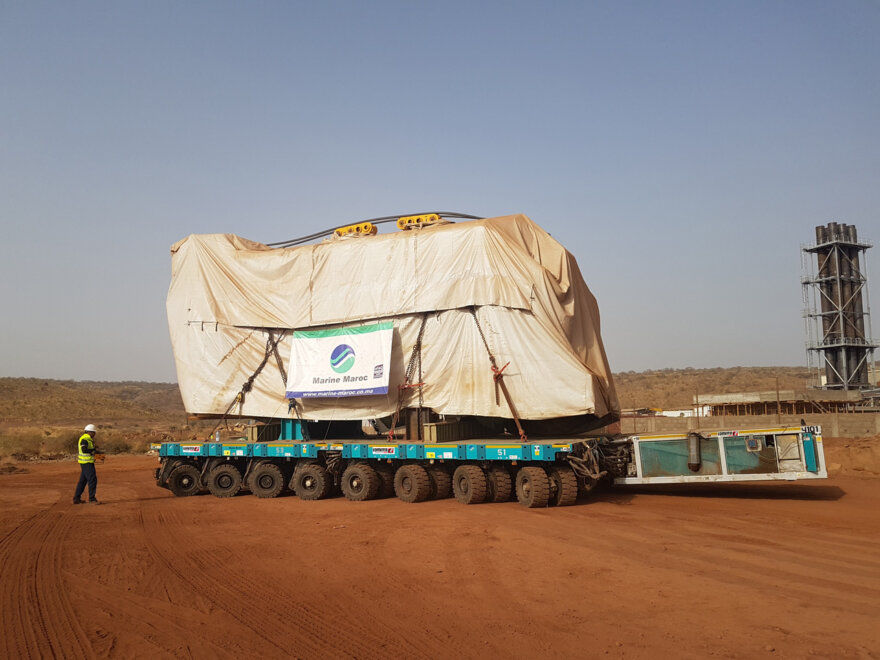 The project consisted of the transport of six diesel engines each weighing 215t and six generators each weighing 72t for the power plant of Kayes in Mali. The transport company Marine Maroc handled this challenging project for its final customer Bolloré Logistics on behalf of BWSC Denmark.

“The MSPE convoy formed by eight axle lines has been coupled side-by-side with other eight axle vehicles”, explains Daniel Delorme, the CEO of Marine Maroc. “We reached a platform width of five meters and a payload of about 600t always assuring the safest transport conditions of the load. They were used for the final movement of the project to position the engines inside the power house on the job site, alongside the foundations.”

Marine Maroc is based in Casablanca and a major player in international logistics. The Cometto MSPE is part of their vehicle park since 2013. Marine Maroc can rely on an international network of partners spread out all around the world.

Cometto offers four interchangeable series of MSPE having capacities up to 70t per axle line for the newest MSPE Evo3. Thanks to the modularity, the versatility and the precision of maneuvers even in confined areas, as well as the wide range of accessories, Cometto MSPE offers many transport solutions depending on the specific requirements of the load. It is the ideal transport tool for many different applications such as heavy haulage, heavy Industry, shipyard, oil & gas, offshore, etc…

Each series is available in two different widths (2,430 or 3,000mm) and the modules can be composed of 3, 4, 5 or 6 axle line bogies. Many types of power pack units (PPU) are available in various strengths, each depending on the number of axles being driven.