Imperial Commercials in Halesowen was highly commended in the Forecourt / Showroom of the Year category.

Ford & Slater’s Sonny Meijer picked up the Apprentice of the Year award, having excelled over the past three years as a DAF Technician Apprentice at the Dealer’s King’s Lynn location. He is also Chairman for the Ford & Slater Apprentice Panel – an apprentice-led council representing Ford & Slater’s 10 locations across Central and Eastern England, offering trainees the opportunity to have their say on issues affecting the company and the scheme. 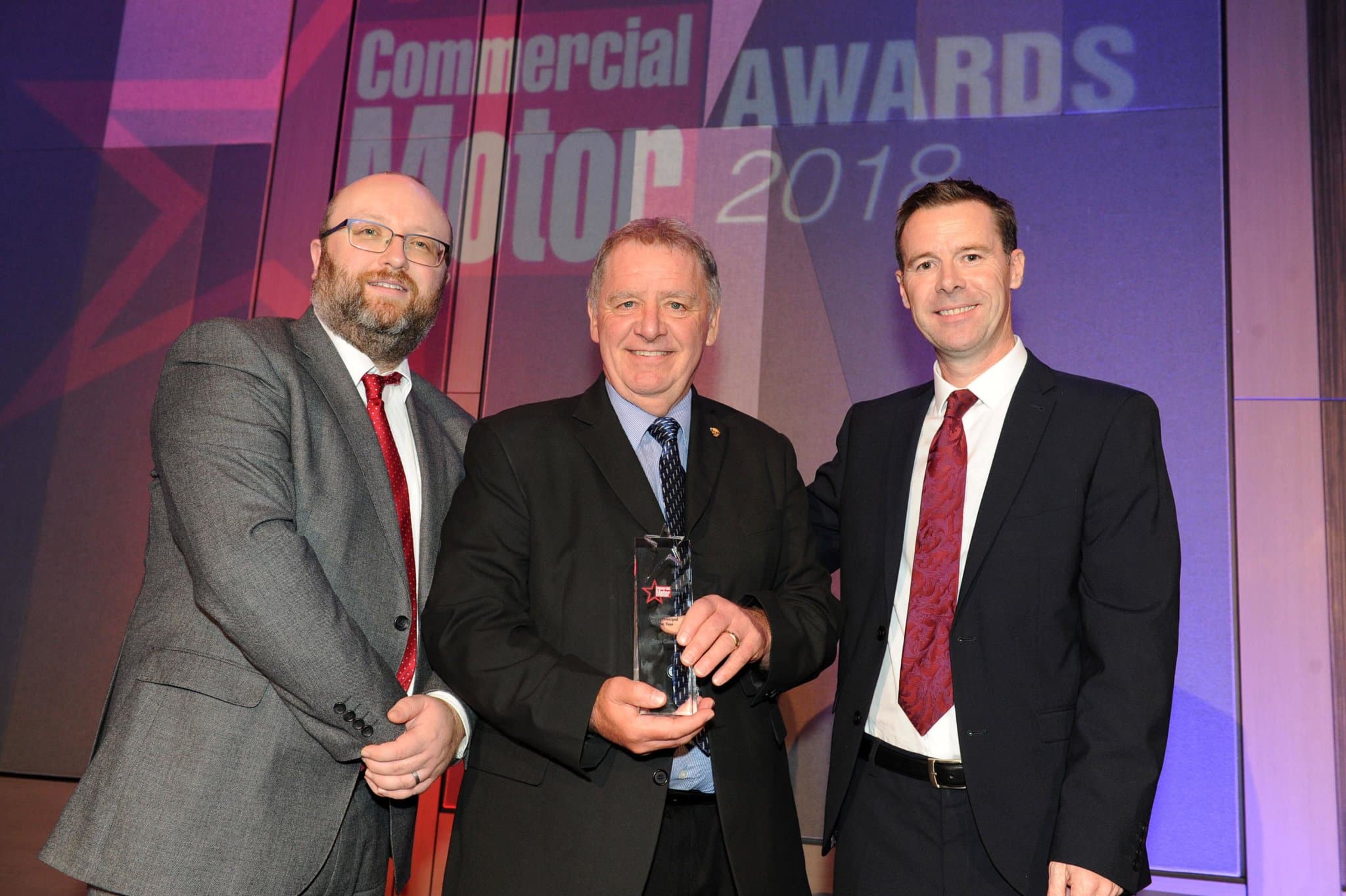 Sonny has helped to raise almost £5,000 for charity and has been involved in the promotion and recruitment for Ford & Slater’s apprenticeships programme, itself picking-up Apprenticeship of the Year at the MT Awards in July. He was hand-chosen by DAF Trucks to act as apprentice valedictorian for the official DAF Trucks 2018 graduation event.

Brian Currie is a name synonymous with the DAF brand in Milton Keynes and the wider region DAF operation in Milton Keynes with Brian Currie himself presiding over a highly successful operation since the 1970s. The company today also has service centres in Northampton and Bedford, plus a TRP Shop – the all-makes truck and trailer brand – in Irthlingborough. Brian, now Chairman, was awarded Dealer Principal of the Year.

“This award,” he said, “is in recognition of much more than just one individual. My wife, Pat, my family and a hugely dedicated, long-serving team of professionals have contributed to the success of Brian Currie. It’s a simple recipe; hard work and dedication, but to have delivered such a high level of service to our customers for 40-years is testament to the calibre of individual we have in our team. Although this is a personal award,” he said, “I am immensely proud of the team effort that underpins it.”