The Goldhofer trade fair team was highly satisfied with the outcome of this year’s IAA Commercial Vehicles in Hannover. At the end of September 2018, the world market leader for heavy haulage and specialized transport solutions attracted an unusually large number of visitors to the Goldhofer stand and to the vehicle exhibited in the outdoor area.

“We are delighted that we were able to present visitors to the trade show with a world first in the form of the »ARCUS« PK ,” says Member of the Goldhofer Board and Head of Transport Technology Rainer Auerbacher, and he continues: “With the new steering system especially, combining friction steered and forced-steered pendular axles, we made a big impression on trade visitors – so much so that several vehicles were ordered on the spot at our stand.”

In addition to the patent-pending steering system, visitors were also impressed by the simplified handling of the front bogie, which can be quickly loaded onto the rear deck as an economical solution for empty running. Apart from that, the »ARCUS« PK is one of the lightest vehicles in its class and comes with a very low loading height of 790 mm, so that it can handle high cargos weighing up to 130 tons and more. And with the user-friendly »SmartControl«, all vehicle functions can be operated by the driver with maximum convenience. All of which puts Goldhofer on track to establish the »ARCUS« PK as yet another benchmark in the international heavy haulage industry worldwide. 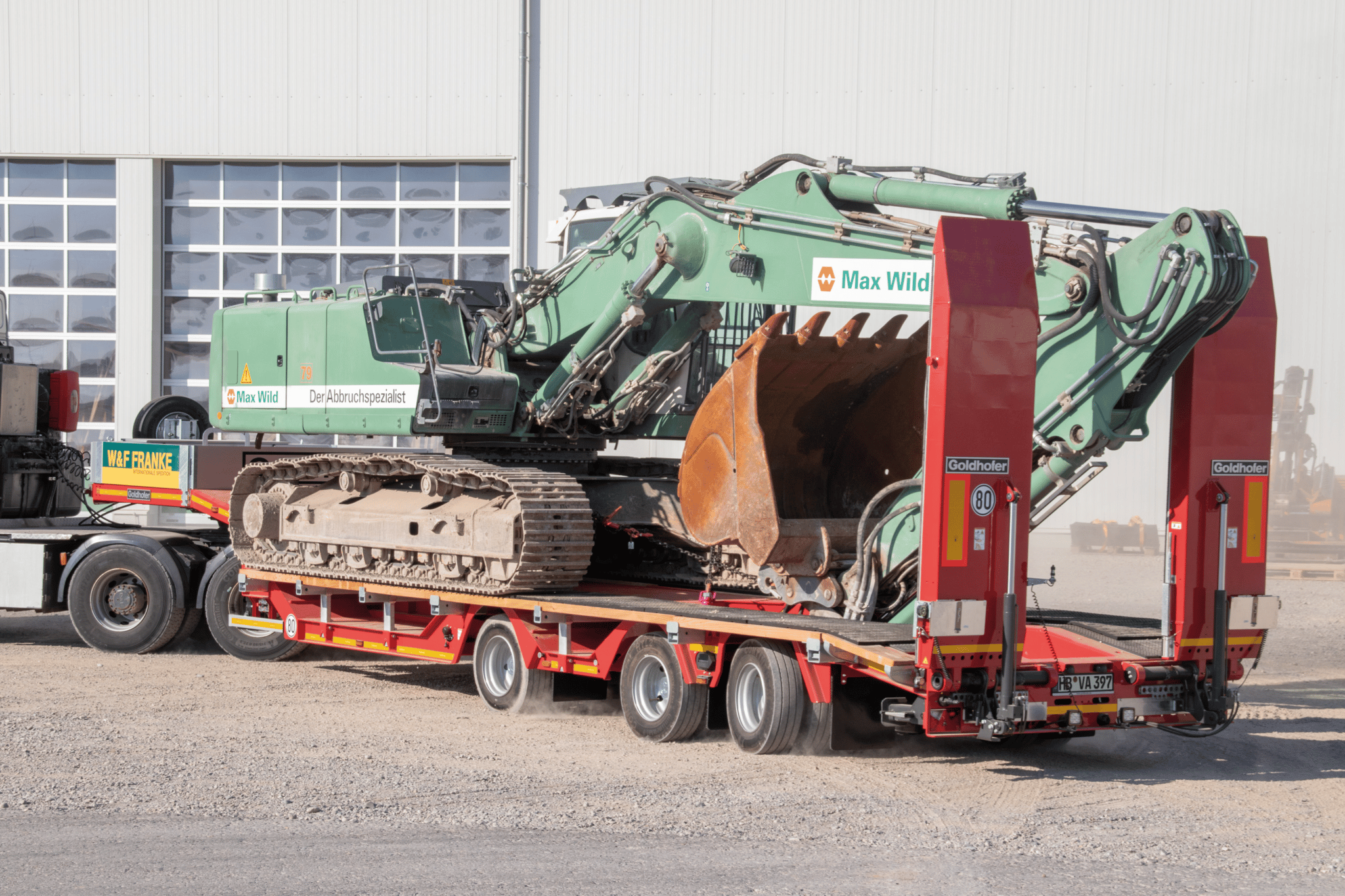 The »ALLROUNDER« was the subject of close scrutiny by trade show visitors in the outdoor area, and several orders were placed during the event. The vehicle owes its name to its impressive versatility. In addition, with its compact vehicle design and low deadweight, the »ALLROUNDER« makes light work of high payloads. It is a nimble construction site workhorse with wheel and excavator recesses for fast loading of a wide range of construction site vehicles. A mature lashing system offers users a variety of options for the safe transportation of all cargoes. The »ALLROUNDER« also comes with a load-sensing lift axle for economical running. Plus it has an electronic ramp lock for fully automatic one-man operation at the press of a button, which means savings in set-up time and personnel requirements.

“Together with bauma, IAA Commercial Vehicles is doubtless the most important industry event in the German-speaking world. The traditional focus is on road transport, and with our vehicles we have again been able to present efficient solutions in a hands-on situation,” says Rainer Auerbacher. He also reported a pronounced increase in the use of digital and electronic components to support vehicle handling in terms of both operation and maintenance for higher levels of safety and reliability. “Electronic systems for the simplified operation of various functions are already to be found in many Goldhofer vehicles, and that naturally applies to the »ARCUS« PK, too. With »SmartControl« Goldhofer has developed a mature operating system that also has an integrated diagnostics function. The operator can use the remote control as well as the control panels on the gooseneck and bogie.”