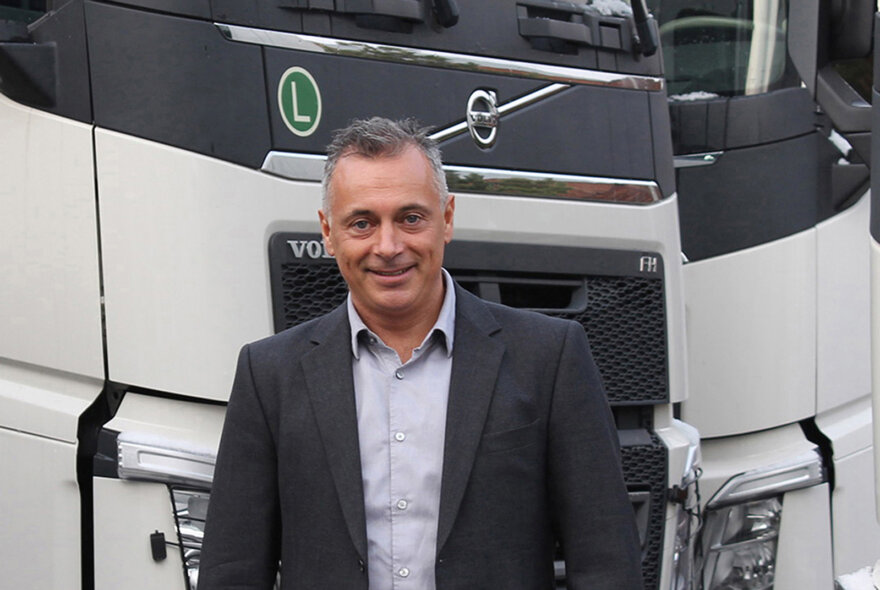 Currently Robert holds the position of Vice President of Volvo Group Trucks Central East Europe and will take up his new position in the UK on January 1st 2019, where he will be based at Volvo Group UK & Ireland’s headquarters in Warwick.

Commenting on the move, Roger Alm said, “With his leadership and business drive, and with the ability to develop strong customer relationships and teamwork, Robert Grozdanovski will be great in the role of leading our operations in UK and Ireland going forward. His understanding of the business and the long experience from retail operations together with an extensive network at the Sweden headquarters will be further assets when Volvo Trucks takes the next step in developing the UK market.”

Robert was born in Gothenburg, Sweden and graduated from Chalmers University of Technology in Gothenburg with a degree in Master of Science, Engineering. He began his Volvo career in 1997 with Volvo Bus, but has since held various managerial positions in senior management roles within the Central and Eastern European region of Volvo Trucks.

More latterly, Robert was General Manager of Volvo Group Trucks in the Czech Republic until 2015, before taking up the role as Vice President of Volvo Group Trucks Central East Europe with responsibility for both the Volvo and Renault truck brands, where he had a major role in the expansion and development of the retail network and business growth, prior to coming to the UK and Ireland.

Robert says, “I look very much forward to the move and to start working together with my new colleagues, dealers and customers in both the UK and Ireland. I can see the solid development of Volvo Trucks’ position in both countries under Arne Knaben’s leadership and I’m eager to learn and continue developing our presence and support in both markets to make our customers in UK and Ireland even more successful in the future – especially with all the challenges and uncertainty that Brexit will undoubtedly bring.”

Aged 51, Robert is married with two grown-up daughters, both of which are already studying at UK universities.

In his free time Robert likes to keep fit and is a keen follower of football.