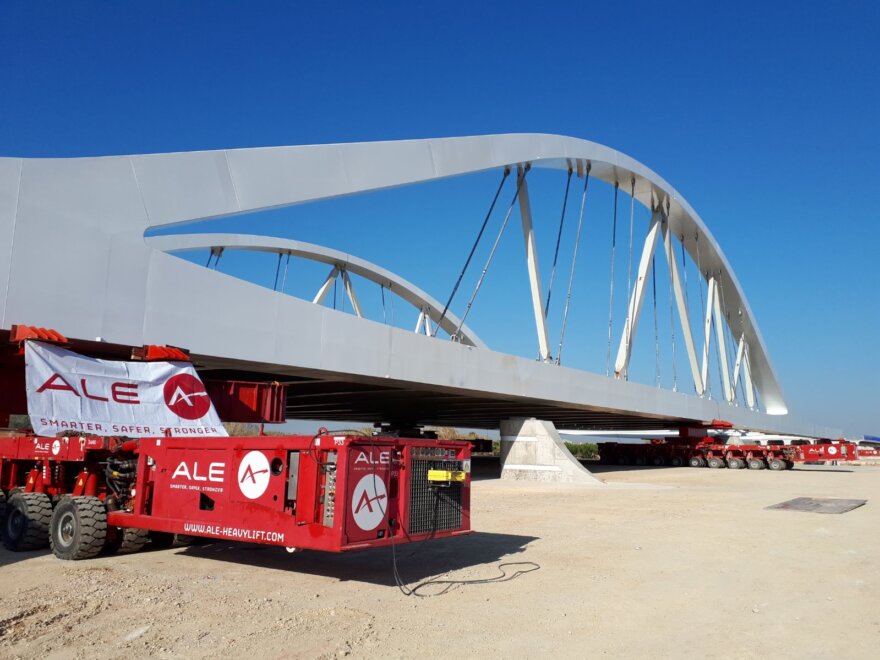 The steel arch bridge, weighing 2,100t and measuring 200m long, was launched over the Júcar River in Cullera by ALE using SPMTS instead of traditional methods to avoid costly reinforcements. 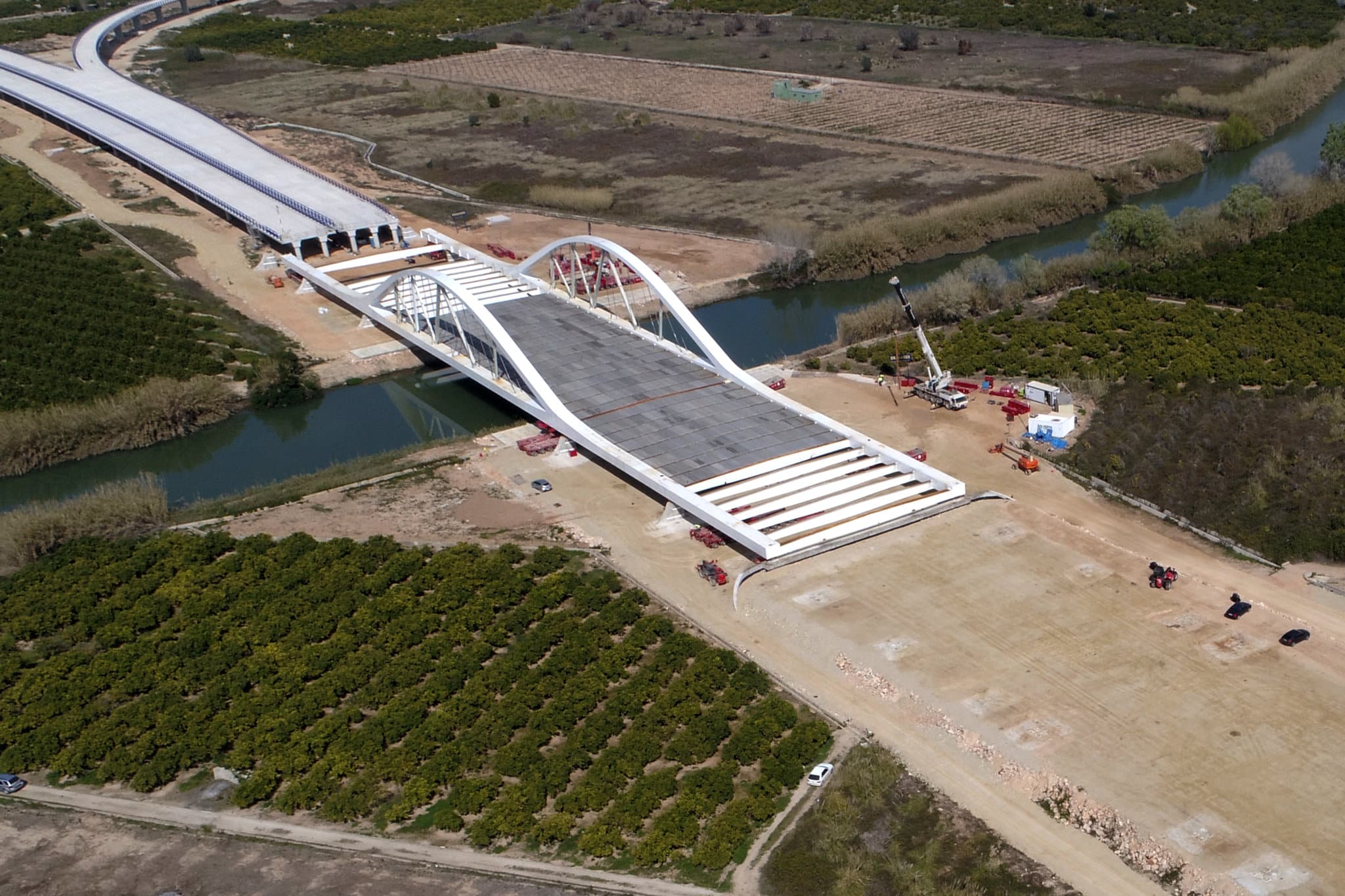 “This bridge is essential for easing the city’s traffic congestion as part of the new highway and we were proud to take part on this complex and challenging bridge launch in the most beneficial way,” explained Carlos Gerez, Account Manager – Civil and Mining.

“In a traditional bridge launch, the entire structure bridge would need to be reinforced and would require additional civil works. We wanted to find a customised solution for the client that could avoid extra reinforcement and civil works costs. We designed a solution using SPMTs that meant the bridge only needed to be reinforced in specific areas, which saved valuable time and cost for the client.” 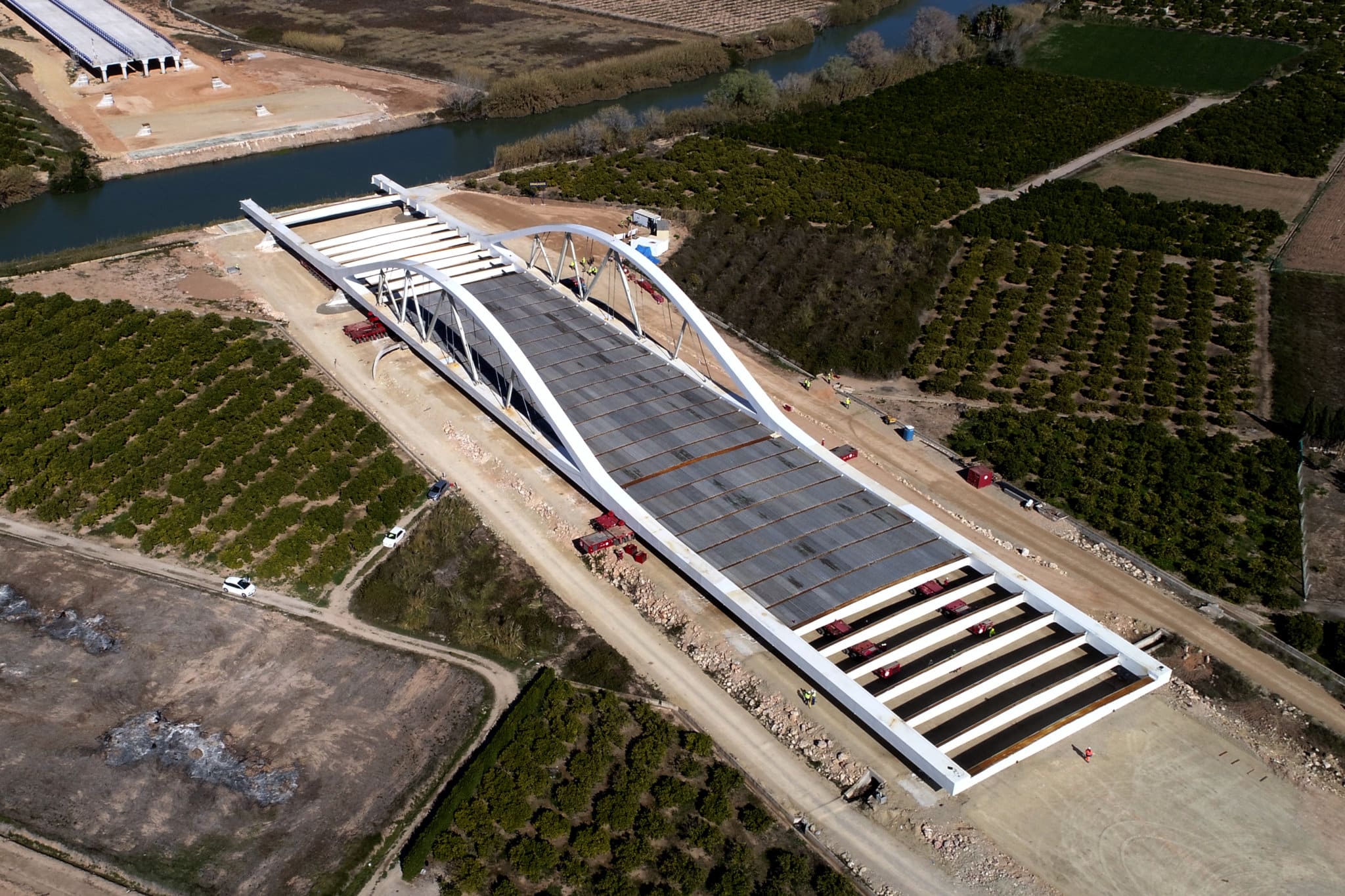 The bridge will form part of the new A-38 highway in, Valencia providing much-needed congestion relief to an area that has suffered from heavy traffic problems. Various dignitaries attended the start of the bridge launch.