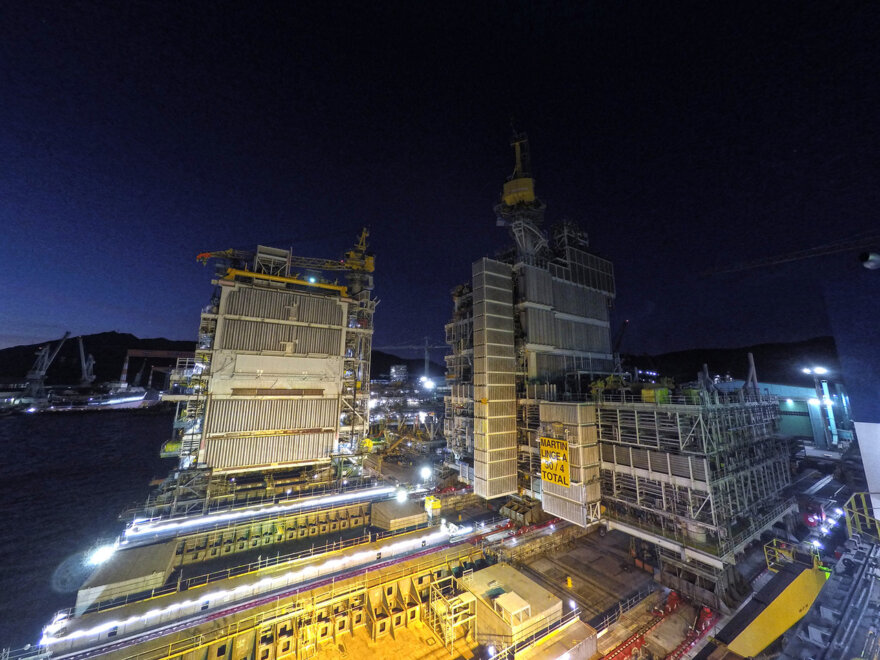 ALE has loaded-out two modules weighing a combined weight of over 20,000t for the Martin Linge platform project in South Korea. The global heavylifting provider was contracted to perform both the weighing and load-out operations for the utility and process modules of the platform.

Edwin Blosser, Project Engineer for ALE said: “In consideration of the sheer size and scale of the piece, to perform the load-out was no mean feat. As the modules had a high centre of gravity, it was extremely challenging to load them out onto the same vessel and control the vessel’s stability. We utilised a computerised skidding system to overcome this, as well as quay jacks to monitor the load.”