ALE continues to demonstrate its excellent standards and capabilities by performing the lifting and transportation of an Argentine satellite, SAOCOM 1A, for CONAE to be launched in a Space-X rocket.

ALE was contracted to transport the satellite, weighing 12t, from its fabrication yard to Bariloche airport, where it was loaded into an Antonov plane, ready to be launched at Vandenberg air field. Using their long-standing experience, ALE worked with the most stringent risk management and quality control requirements throughout.

The transport operations required a complete shut-down of the 10km route, as well as civilian, Police and military escorts at 4am. The heavy transport solution involved a convoy of over 12 vehicles, requiring four semi-trailers and two trailers to carry this challenging load. The cargo was delivered with minimum accelerations, controlled temperature and moisture conditions.

Cooperation with the airplane’s crew was critical to deliver on schedule and the Volga-Dnerp Antonov airplane was waiting on arrival. 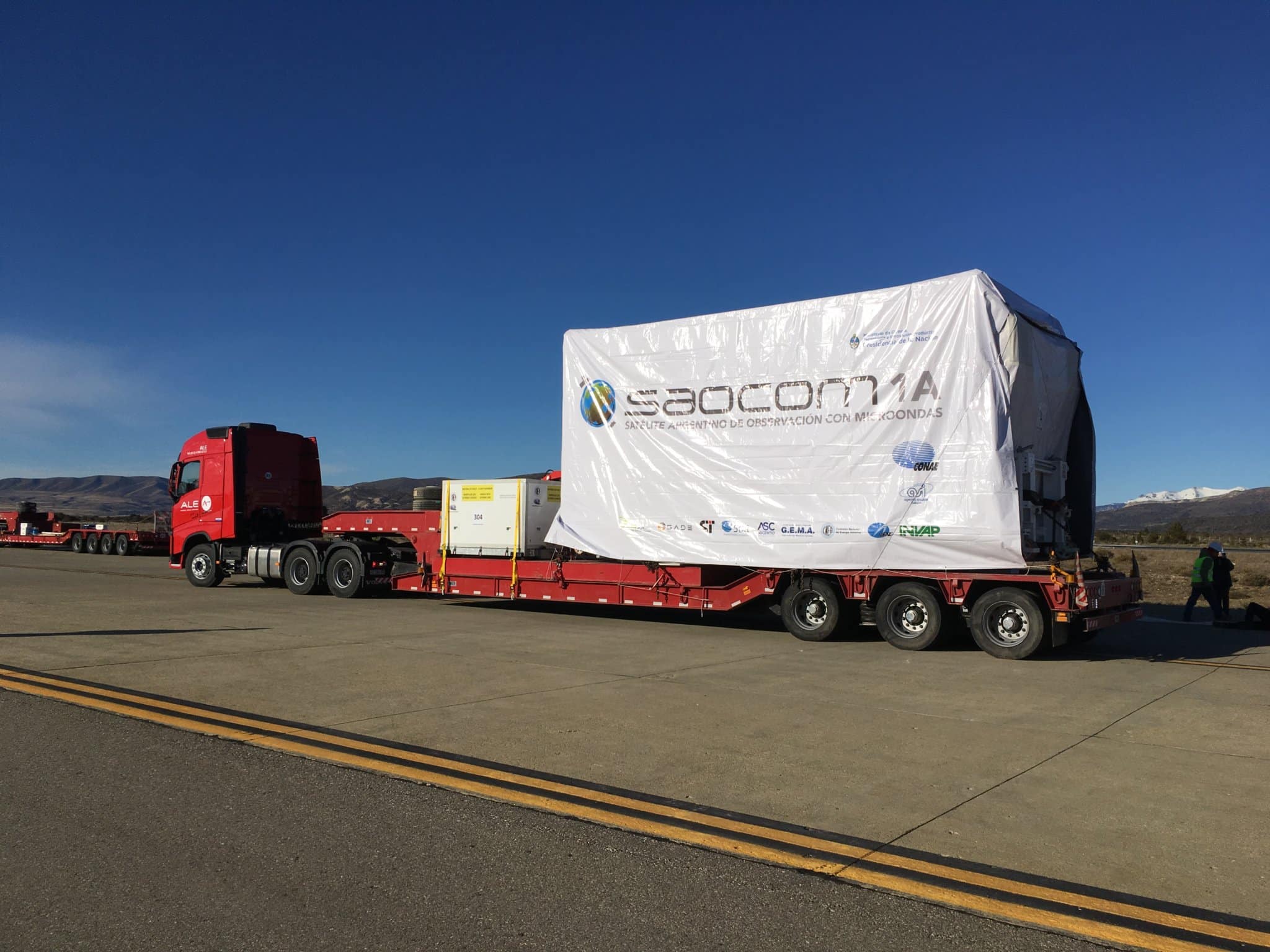 The lifting operations were planned carefully in accordance with the client’s standards and ALE lifted the satellite onto the skidding system, where it was skidded into the airplane.

“Despite weighing just 12t, which is relatively low for the typical loads we move, there was a huge amount of pressure, both politically and economically, as the satellite is so high- profile,” explained Raul Anriquez, ALE’s Project Manager.

“The client was fully satisfied with our logistics solution and acknowledged our professionalism throughout the project. This is a huge milestone in the country ́s space programme development and we are proud that ALE has successfully been part of it.”

Once the rocket is launched, ALE will then perform the heavy transport of ancillary equipment within the USA and perform the maritime transportation of remaining components back to Chile and overland to Argentina. It is expected to be launched in the Falcon X rocket, belonging to Elon Musk’s SpaceX company, by October 2018.