In this configuration the semi-trailer achieves a payload of 108 tonnes and the total weight was 152 tonnes. With an overall length of 30m, the combination made its way to northern France via Germany and Luxemburg. The 1,200k journey, through several countries, was made easier because the CombiMAX has the necessary Certificate of Conformity, says the company. 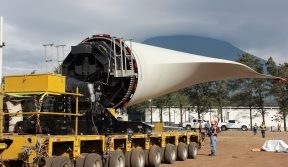 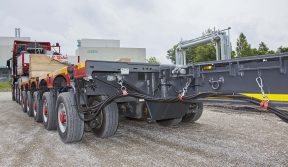 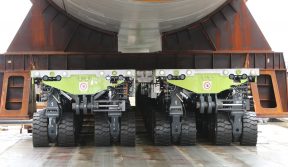