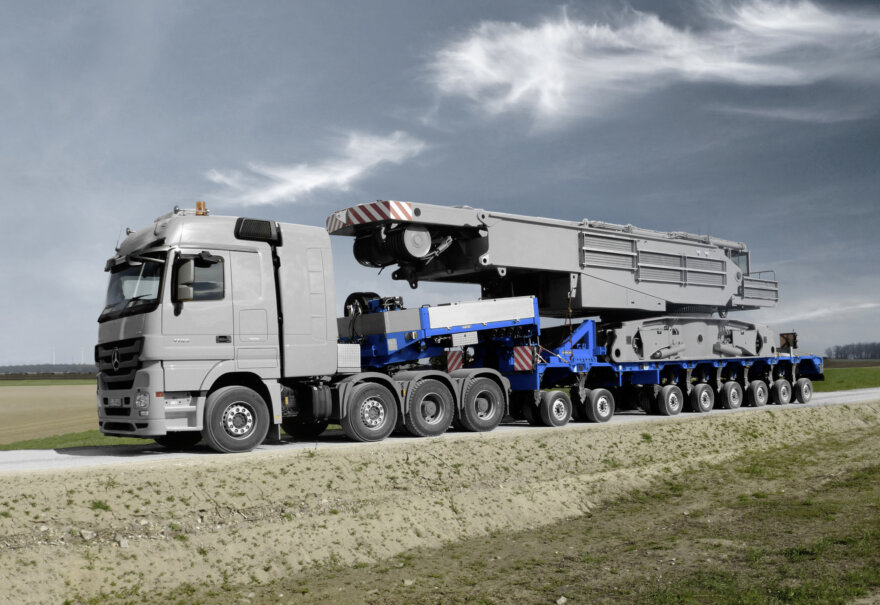 In January 2018 Goldhofer, the world market leader for heavy-duty and special transport solutions, recruited a new exclusive sales and service partner for Spain and Portugal, namely Mycsa Mulder y Co. That is a win-win situation, as Mycsa is the national market leader in the field with a large network comprising 18 service and sales locations.

Mycsa’s Marketing Manager Victor Uriel explains: “Internal reorganization measures at Goldhofer’s previous distributor presented us with the opportunity to take over from them. That was a real stroke of luck for us as it has enabled us to add a global brand like Goldhofer to our portfolio. I am sure that, with our long-established dealer network, we will be able to reach out to large numbers of prospects.”

In order to present the Goldhofer brand in the Spanish and Portuguese markets to optimum effect, Uriel and his team have drawn up a joint marketing plan with Goldhofer. There will be an opportunity to make an appropriate impression on June 16 when Mycsa Mulder celebrates its 40th anniversary with its customers and partners. In the framework of a vehicle presentation organised to mark the occasion, a Goldhofer equipment that has been sold in Spain since the start of the new partnership will also be on display.

Sales director Jenaro Vilanova: “At the anniversary event we would like to present our customers Goldhofer transport solutions which are already in successful operation in Spain and Portugal. The feedback on the vehicles so far has been highly positive, and that is always the best way to inspire other customers to go for Goldhofer.”

Victor Uriel adds: “At Mycsa Mulder we have a strong team of more than 40 people, from the sales department to our service engineers, who are highly motivated to serve Goldhofer customers in Spain and Portugal.” And Uriel is convinced that the signs for the transport industry in Spain and Portugal are pointing to growth. “Goldhofer is already a well known player in the Spanish and Portuguese transport industry. The overall economic situation – and also our customers’ revenues – have shown positive developments in the last few financial years. We are expecting sales to increase in 2018 compared with previous years, as Spain and Portugal now appears to have emerged from the recent crisis.”