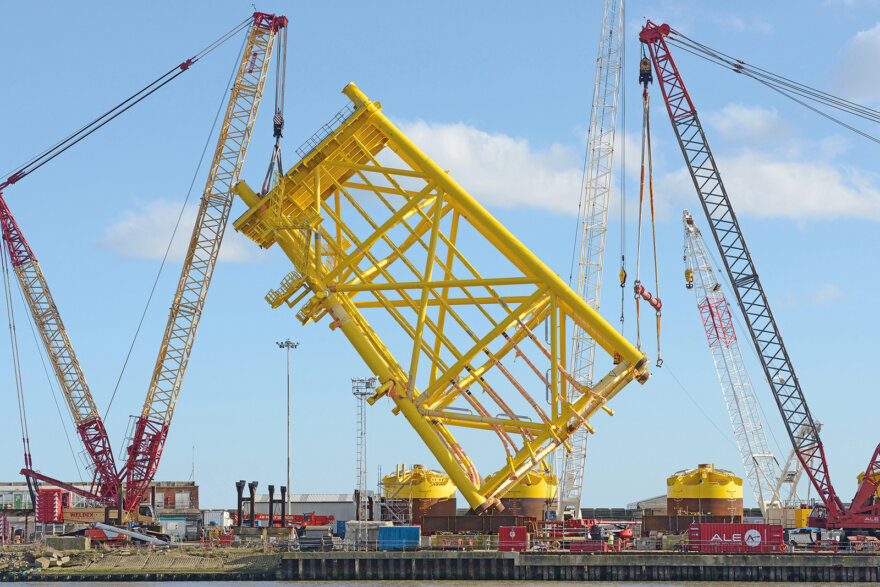 ALE is currently using the land based AL.SK350 crane to lift and install approximately 40 modules, weighing up to 3,000t, onto the P-74 FPSO (Floating Production, Storage and Offloading) vessel in the south of Brazil.

The crane was selected by the client as, due to its large capacity, it was the only crane capable of installing the modules complete and without additional relocation of the ship’s hull. This has saved the client considerable construction time and money in the construction schedule.

The heaviest module on the project will weigh 3,000t, making it the heaviest commercial load ever lifted by a land based mobile crane.

Ronnie Adams, Senior Project Manager on site, commented: “The crane is performing well and exceeding expectations with its high slew speed, in combination with the 4,000t winch system. Despite challenges faced by the weather, we have successfully completed the first campaign ahead of schedule, recognising the engineering achievements this milestone brings.”

ALE’s AL.SK350 crane has been rigged in its current biggest configuration with 49m ballast radius and 4,000t ballast. the main boom is a 130m long A-frame design on a very stable 18m wide base. The crane is equipped with a 4,000t main winch system and 600t auxiliary quick winch system for heavier loads up to 5000t a strand jack lifting system can be installed.

With its 354,000tm load moment capacity, it is the largest capacity crane in the market by a significant margin and it’s huge lifting capabilities enables clients to construct equipment for lifting weighing heavier than ever before.