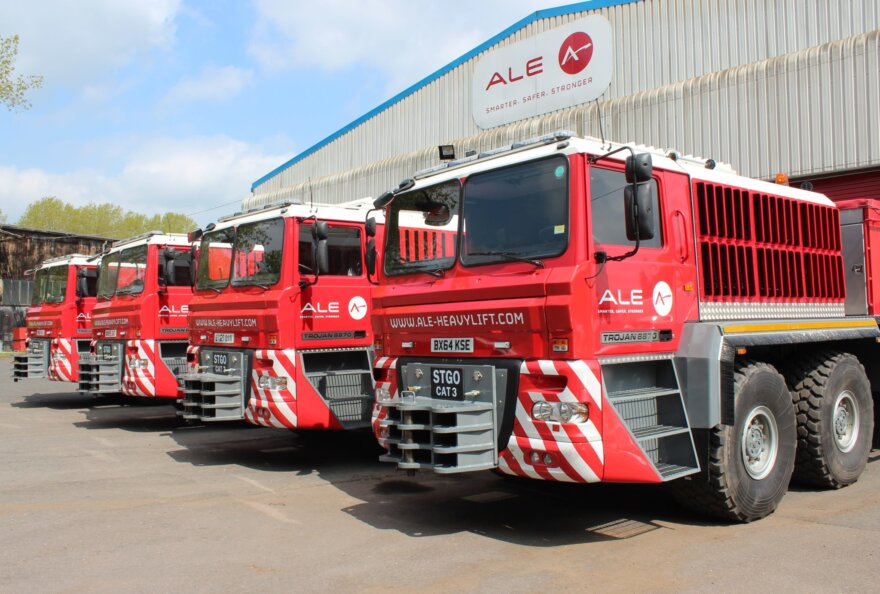 ALE has completed the build of the sixth and final Trojan truck in May 2016.

The project was part of an ambitious programme initiated by ALE’s UK branch to build six specialised heavy haulage ballast tractors that could move heavier, larger loads whilst offering fuel efficiency and reliability.

The six 8×8 trucks were built in-house in Hixon, Staffordshire, by a team of 20 over three years. Since the first Trojan moved a load on the UK road network in 2014, it is estimated that the UK fleet has collectively moved in excess of 18,300t over UK heavy haulage routes to date.

Unveiled in October 2014, ALE’s Trojan 8870 trucks have gone from strength to strength, receiving industry awards and recognition for their innovation and capability.

Gary Butler, Operational Project Manager who oversaw the build team, said: “The programme has been a real success; it has enhanced the skill set of the in-house build team and given ALE an innovative product that sets the bar for transportation and British manufacturing. The team and I are really proud of the recognition and it’s great to see the trucks so well received by the industry and clients alike. We are really pleased with the trucks’ performance so far and continue to make improvements and enhancements.”

One of the Trojan trucks is currently putting the truck’s parameter adjustment technology to the test in Egypt’s 40°c heat, as it works on a major power plant project involving the transportation of loads in excess of 500t. The other truck will be working on another project in Oman.