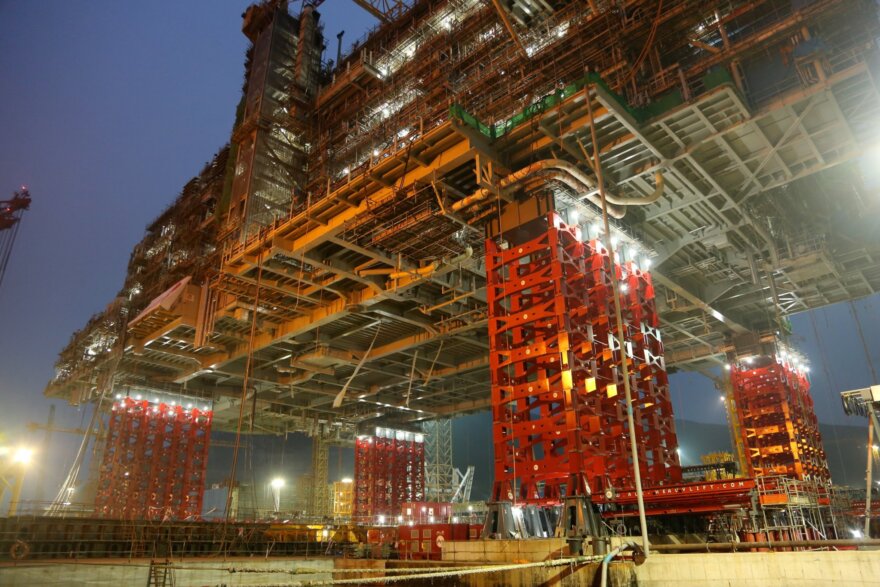 ALE has increased its jacking capacity to over 100,000t with the introduction of new jacking systems and enhancements to existing technologies.

In order to fill a gap in the market and satisfy client demand to perform the jacking operations on three jobs at the same time, ALE has built four new towers for the Mega Jack. ALE’s R&D team designed and fabricated the new towers in Breda, the Netherlands. Now with 16 towers, each with 5,200t capacity, the original Mega Jack has over 83,000t capacity. In addition, when combined with the other jacking systems in the fleet, like the Mega Jack 800 and the new Mega Jack 300, this brings ALE’s total jacking capacity to a huge 100,000t.

“We are always looking at developing new solutions to upcoming challenges and work closely with our clients to find out how we can help them. We have seen an increase in demand for the Mega Jack and, as such, we decided to build additional towers to satisfy three projects that are taking place at a similar time,” explained Technical Director Ronald Hoefmans.

“This huge increase in capacity for ALE demonstrates our continuing commitment to growing not only our abilities to lift greater amounts and weights, but also our range and variation of jacking equipment. These new developments represent a huge milestone for both ALE and the heavy lifting industry.”

The Mega Jack’s towers will be utilised for the first time in Mexico in March, while other existing towers are operational on other projects in both Australia and the UAE. The Mega Jack 300 will be officially launched in March.