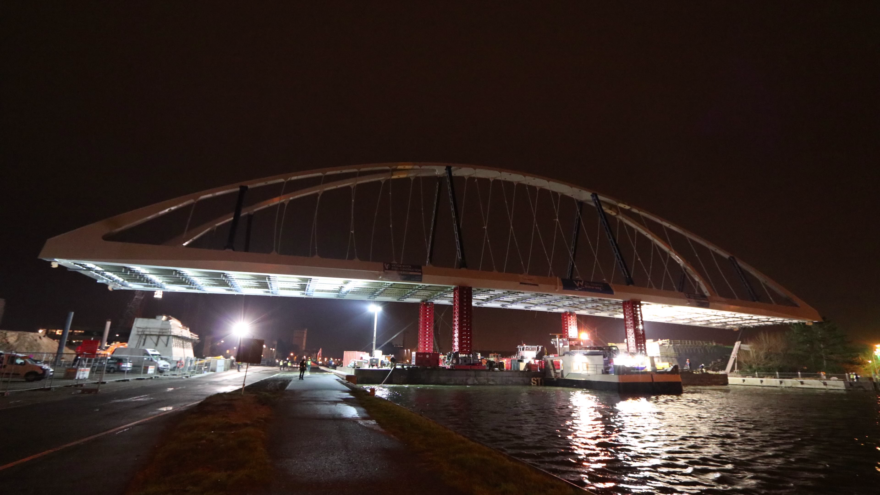 ALE has successfully performed the load-out and installation of a steel bridge using the Mega Jack 800 in Antwerp, Belgium.

The first stage of involved the load-out of the bridge deck, where it transported by barge from Wondelgem to Antwerp. As there were low bridges on route, the arches in pieces on top of the deck to pass underneath.

Once in Antwerp, the bridge was loaded-in on a site near the final location. Here, the arches were fully assembled and then the entire bridge structure was loaded-out and transported by barge 2.5km to the final installation.

It was then installed using ALE’s Mega Jack 800 to jack-up the deck 8m and position it higher than the abutments. The bridge was then lowered by 3m in between the abutments and into its final position.

Tom Van De Locht, Project Engineer said: “This was a challenging bridge installation project which demonstrates our capabilities and application of different techniques. By using our Mega Jack 800 system, operational time was reduced, and it was easily integrated on site because of its small footprint and compatibility with our other services to perform the full turnkey installation solution.”

The project was undertaken for ‘De Vlaamse Waterweg’. The operations were completed within two weeks.