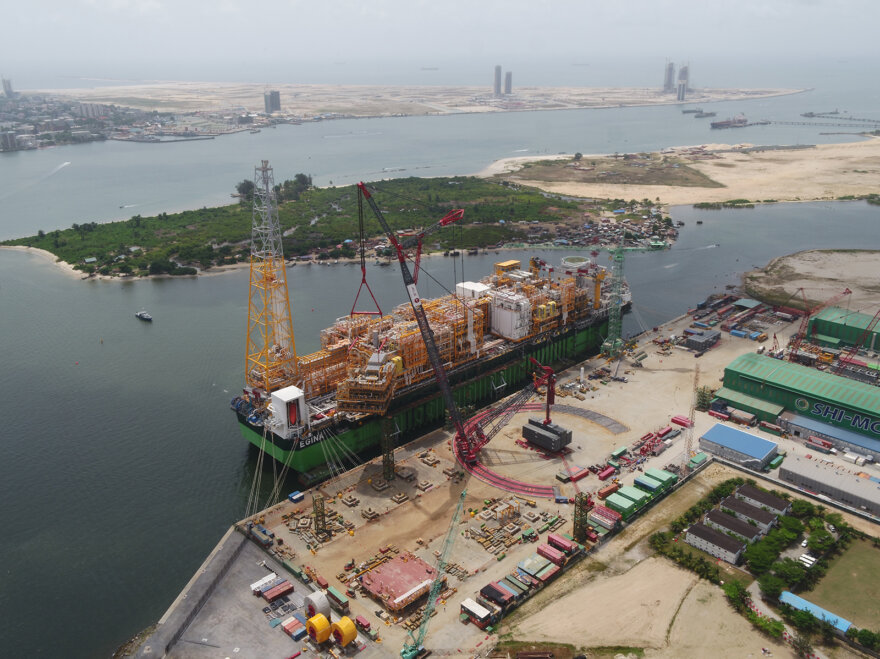 ALE has broken another industry record when performing the heaviest ever land based crane lift using a jib whilst working on Total’s Egina FPSO module integration project in Nigeria.

The FPSO module ‘S2’ weighed a total load of 2,810t and was lifted using ALE’s unique AL.SK350 crane and heavy duty jib for the project in Lagos, Nigeria.

The world’s largest capacity land based crane was rigged in its biggest configuration with a 124m a-frame main boom, 49m ballast radius and the 38m jib for additional outreach, along with a heavy winch system and 4,000t ballast.

For Total’s Egina project, ALE was contracted to lift and install six modules from the yard onto their final position on the FPSO. The lift weights were between 335t and almost 3,000t.

“The project really showcases the capabilities of the AL.SK350 and the jib to perform some of the world’s heaviest ever crane lifts in a congested site. When combined with the unique heavy duty jib and the largest crane configuration, this represents another record-breaking achievement for ALE,” explained Carlito Alberto, ALE Project Engineer.

The client has praised ALE’s work to date: “I want to thank the ALE crew on behalf of SHI-MCI for their outstanding efforts that allowed us to complete 100% of the expected lifts before the first shipment. Despite challenges on site, ALE has been able to complete the lifts on time,” commented the SHI-MCI Egina Project Manager.

The lifting operations took place throughout March and April.