ALE Complete Load-Out of 11 Modules in the Philippines 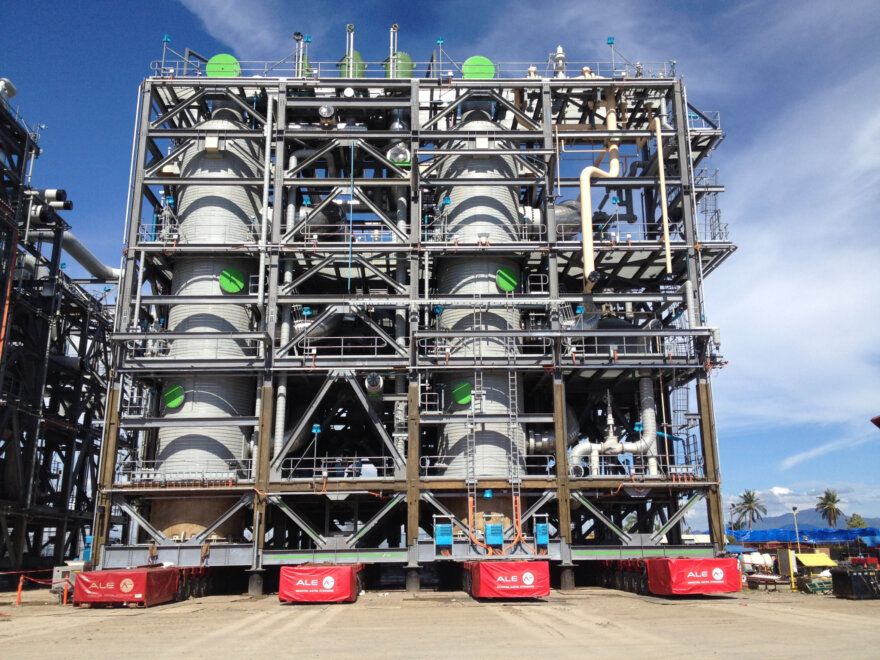 The load-out of 111 modules has been completed by the ALE Philippines, a leading global heavylift and transportation company.

The project which started in January 2013, involved the load-out of 111 modules ranging from 31t – 1,925t, alongside the transportation of numerous vessels and equipment.

The project was based at the fabrication yard in Bauan Batangas, Philippines, and the first load-out was completed in April 2013 consisting of a crew of 14 operators.

During the project, the delivery of a vessel was delayed and ALE proposed a methodology for skidding the vessel to avoid impacting the schedule of module assembly. Weighing 135t, the vessel was skidded at 5m height using a push and pull system, hydraulic jacks and hyjack frame.

Noli Cainto, Head of Operations for ALE Philippines, who managed the project, said: “I want to congratulate the team on their successful completion of the project. We are proud of the hard work put in by all of the team involved and it demonstrates the consistency of providing resolutions so that the project is completed whilst avoiding any delays.

“Our branch in the Philippines is making their presence felt in the local market and as we are continuing to develop, we are looking forward to starting work on our next project.”

Further information can be found on the ALE website at www.ale-heavylift.com