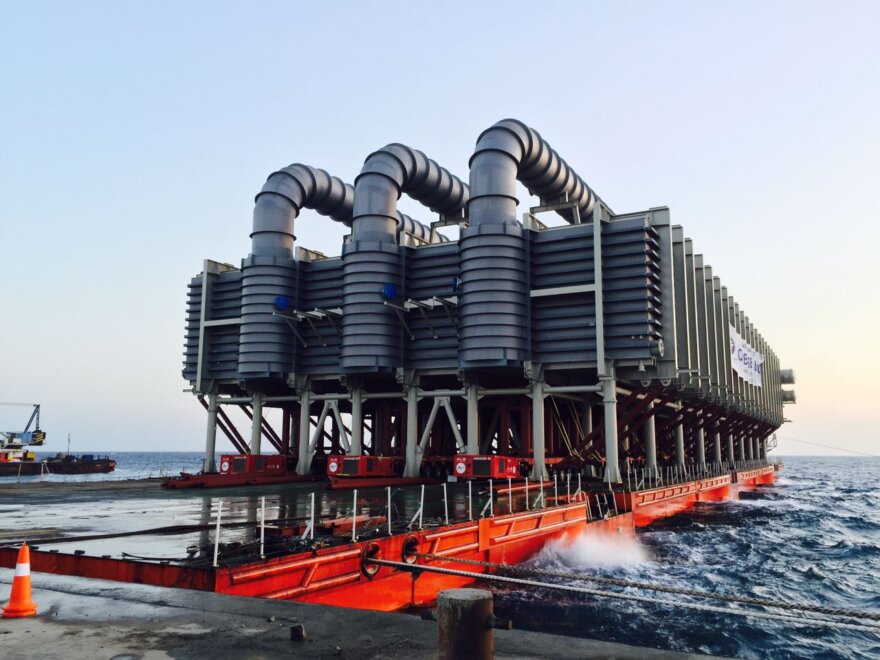 The global heavylifting contractor was contracted to perform the full delivery scope of the evaporator as well as the steam transformers, lime filters and brine manifold to the Shoaiba Desalination Plant Project in Shoaiba, 100km south of the port city Jeddah.

Commencing in April, ALE first received and handled the items at the plant’s jetty. The evaporator was loaded-in using 186 axle line of Generation 3 SPMT in a 3 x 2 file 62 configuration. Smaller, different configurations were used for the other items. These were then transported 1km to the Shoaiba Desalination Plant Project site.

Once on site, ALE had to negotiate the challenging route within the plant. To avoid the unnecessary removal of obstacles, aspects of the cargo structure were modified to pass over fences.

Andrew Spink, General Manager for ALE’s Saudi Arabia branch, commented: “It is fantastic to be involved in transporting cargo of this sheer size and scale that makes it such a landmark move. This was a complex operation, not only in terms of the pieces involved, but also the logistics of receiving almost 200 axle lines of SPMT and mobilising an experienced transport crew.

“It was completed successfully and sailed away within the time constraints all thanks to our team’s flexibility, local expertise and effective co-ordination between the ALE’s Middle East branches.”