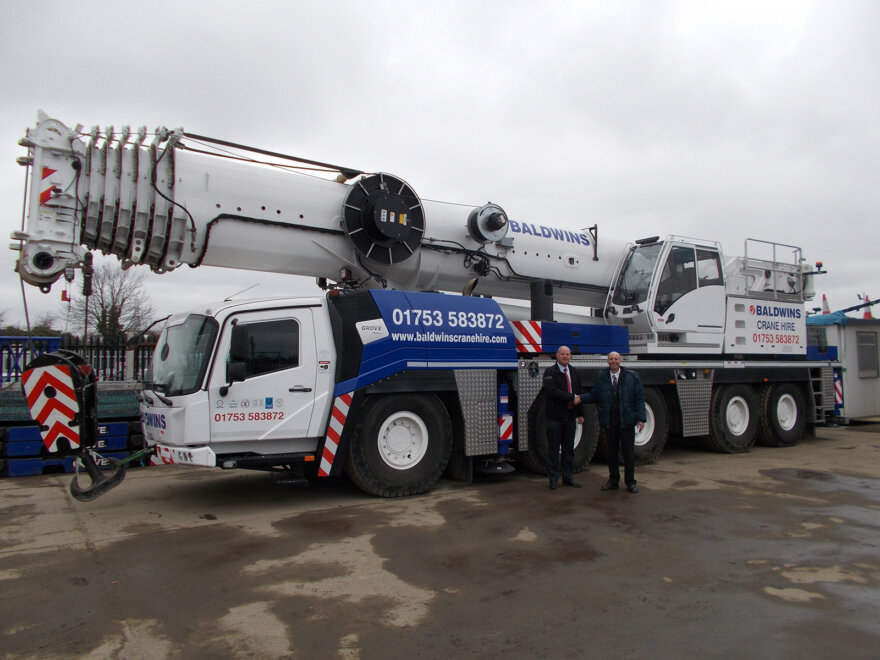 UK-based crane rental company Baldwins Crane Hire has had goods vehicle licences revoked and four directors disqualified following a public inquiry at the Office of the Traffic Commissioner in Leeds on 20 and 21 July 2016.

The inquiry related to allegations of false records by drivers to hide periods of time spent working to exhibit apparent compliance with daily and weekly rest requirements.

Traffic Commissioner for the north east, Kevin Rooney, said that compliance at the business, which operates vehicles from bases in Leeds and Langley, should have been at the highest possible level but was not.

This follows the 22 December 2015 sentencing for corporate manslaughter over the death of the company’s driver, Lindsay Easton, on 15 August 2011.

Rooney concluded that drivers had falsified their records to ensure that cranes would be on site ready to work on time and at times this had, directly and indirectly, been caused by director Wayne Baldwin.

Rooney added, “The falsification of records to make it appear that drivers had taken appropriate rest goes absolutely to the heart of road safety. In the case of this operator, five out of seven drivers investigated in 2014 were found to be so offending. A follow-up investigation in 2015 found the offending, if anything had worsened with eighteen drivers found to be offending. This was at a time when the company had been under the DVSA [Driver and Vehicle Standards Agency] spotlight as well as been subject to a Health and Safety Executive investigation in relation to the manslaughter of one of its drivers.”

Rooney said that the failures at Baldwin Crane Hire were “so significant, so deep-rooted and so inspired by the very top of the business” that it was appropriate to revoke their vehicle operating licences.

Baldwins operates a fleet of 81 mobile cranes, including 11 of more than 350 tonnes capacity.

Speaking about the future of the company, Rooney said, “I do not know if my decision will mean the end of Baldwin Crane Hire limited, but I make my judgement on proportionality on the assumption that it will…the operator is no longer fit to hold a goods vehicle operator’s licence.”

The revocation of the company’s two goods vehicles operator’s licences will take effect at 23:59 on 10 September 2016. The orders for disqualification of Richard Baldwin (one year), Wayne Baldwin (five years), Andrew Skelton (two years) and Lorraine Baldwin (indefinite period) will take effect on the same date.