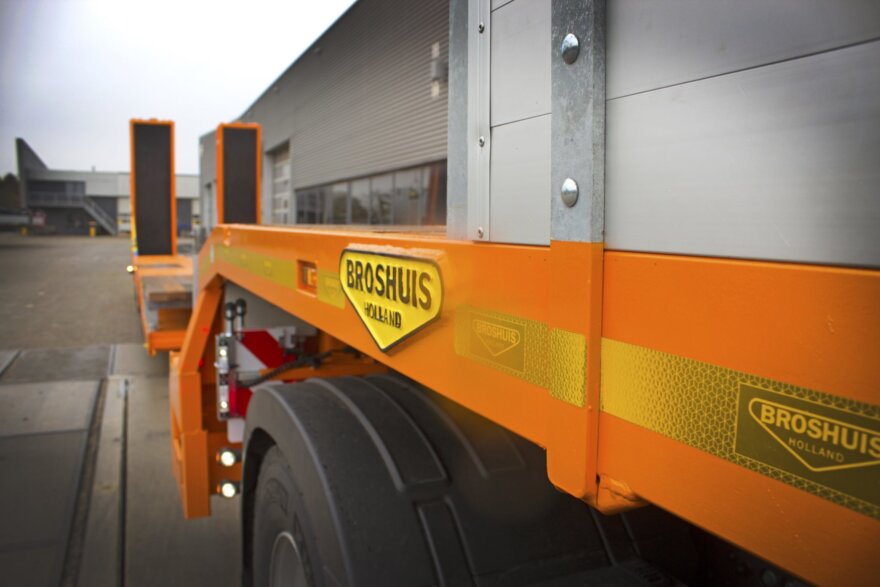 It’s well known by most that the SL has a loaded deck height of 79 cm, a load capacity of 12 tonnes per axle line, a low tare weight, incredible stability and low maintenance costs. However it is less known that the SL-Trailer is the only trailer on independent suspension which is available in different variations. For instance the SL-Trailer is the only semi low loader with 12 tonnes pay load per axle line which could be constructed with wheel wells, excavator trough and loading ramps.

Therefore the SL-Trailer is the most complete and multifunctional trailer of its kind. A beautiful example is the SL-Trailer of Schmidt, Bender & Co. GbR from the German town of Lahnau. A 2.75 meter wide, single extending SL-Trailer built with 4 wheel wells, double-flip loading ramps and an excavator trough, which is simple to use.

All the extras can be operated through its remote control making it not only simple, but safe for the driver to use.