108 axle lines from Cometto to Hareket! 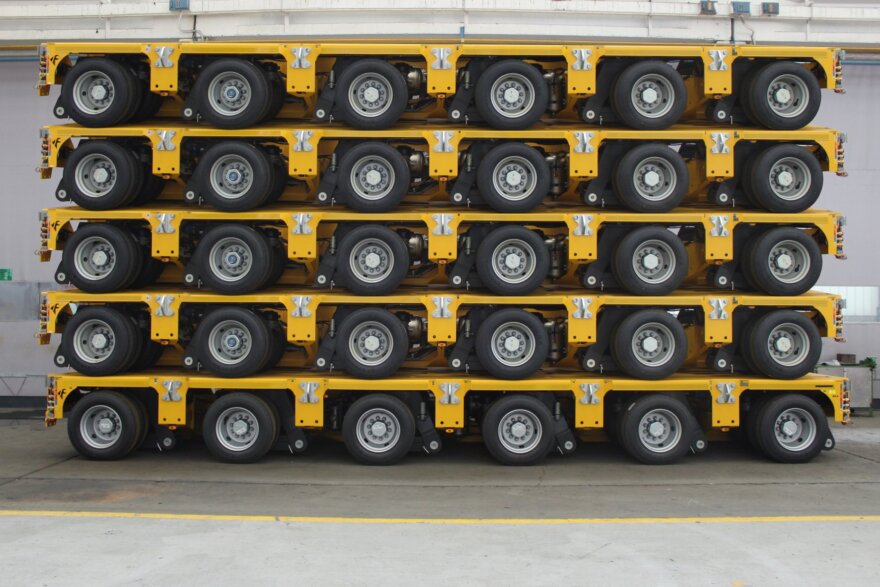 The equipment will be used for two projects: Turakurgan Combined Cycle Power Plant Project 900MW and Navoi-2 Combined Heat and Power Plant Project 450MW. They respectively consist in transports from Kazakhstan port to Uzbekistan Turakurgan for a total of 2,400 km and another transports from Kazakhstan port to Uzbekistan Navoi traveling 1,750 km. 67 heavy cargo units will be transported for a total weight ranging from 97t to 274t.

Hareket Heavy Lifting & Project Transportation Co. is one of the leading corporations in project transportation, heavy and oversize cargo transportation, crane hire and heavy lifting. It’s a known name in the special transport sector and some of their spectacular projects have been awarded in the past. Cometto is proud to be a part of such huge transport challenges also in future.

MGSL is the new heavy duty modular vehicle produced by Cometto with a technical capacity of 45t per axle line and with the highest bending moment on the market. MGSL is designed for public roads, off-road transport as well as for inside plant operations.

Thanks to a strengthened loading area, it reaches point loads up to 50t above the wheel arches and 80t above cross members for heavy and concentrated loads. MGSL modular axle lines offer seamless interoperability with identical vehicles from several other manufacturers. This variety of combination options as well as the user-friendly operating concept makes the MGSL a guarantor of flexibility and economy.

The series is available with a width of 3,000 mm and with bogies from 2 to 6 axle lines. It can also be used as a self-propelled vehicle thanks to the combination with a Power Pack (PPU).

True to our motto: Cometto propelled to the MAX!