TO INCREASE FUTURE ROAD CAPACITIES, CONSTRUCTION OF NEW TUNNELS IS A NECESSARY STEP. IN ITALY, THE 750 KM LONG AUTOSTRADA A1 IS IN THE PROCESS OF A MAJOR UPGRADE. A CHALLENGING MISSION WITH SEVERAL TUNNEL PROJECTS, AMONGST OTHERS THE ONE CALLED ‘SANTA LUCIA’. A KEY POINT INCLUDING HEAVY DUTY MOVES ON COMETTO MSPE.

The 7,528m tunnel through the Apennine mountain range is located on the motorway section of the A1 between Barberino del Mugello and Calenzano in the Province of Florence. The largest tunnel boring machine in Europe was used to move forward inch by inch. This machine was designed to bore through the heterogenous geology of the mountainous region using its drive power of 8,750kN. 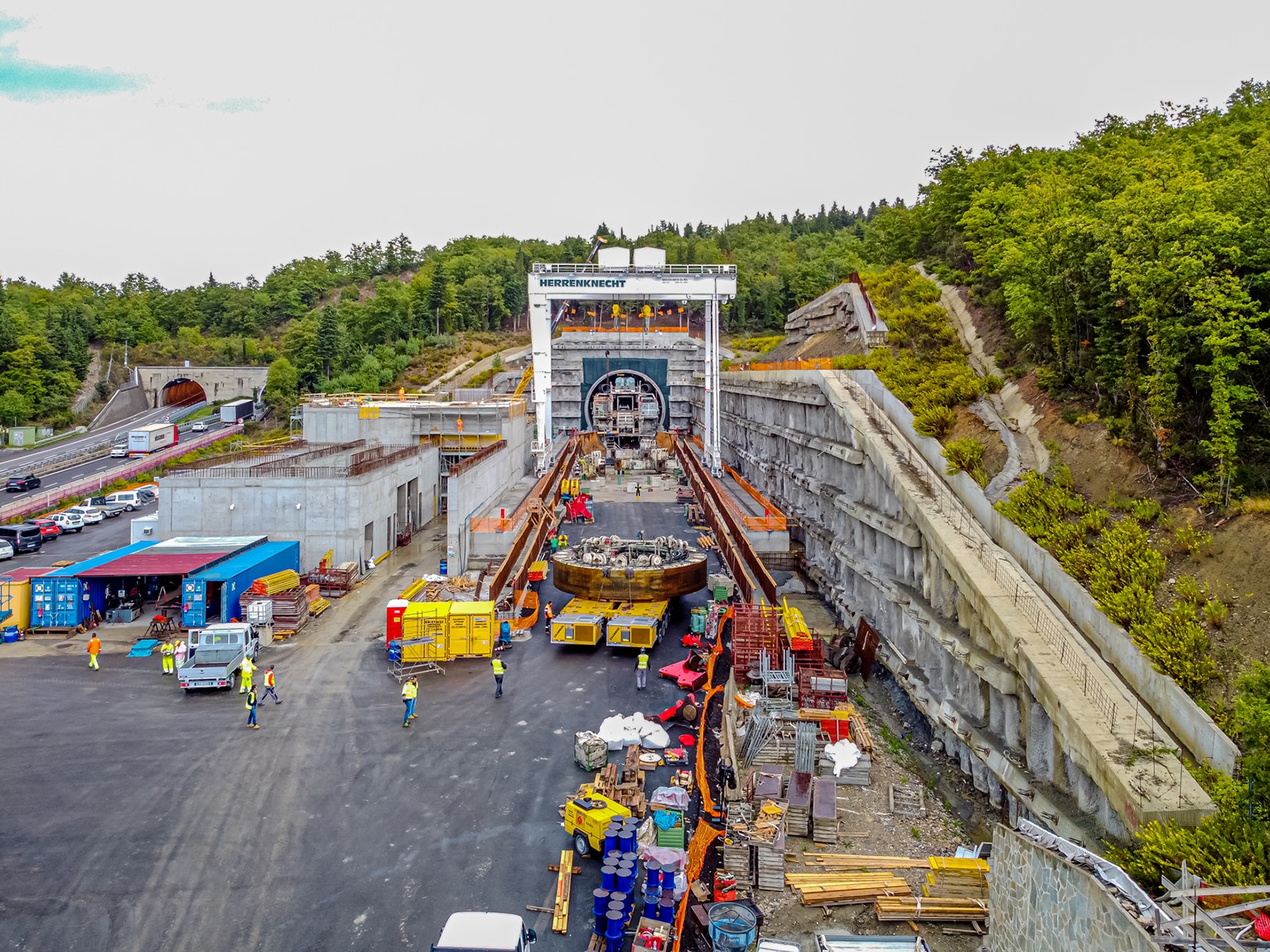 SPMT move for Santa Lucia
Within this project scope, the required transport jobs are also really demanding. Calabrese Autogru s.r.l. from Torino was given the task to transport the larger components of the tunnel boring machine from the South entrance of the tunnel ‘Santa Lucia’ to the new motorway section called ‘Nuova Variante di Valico’.  Bearing with a total weight of 320t and a diameter of 9,500mm, Calabrese Autogru used 20-axles of MSPE self-propelled modular transporters with four 110kW Power Pack Units. The difficult terrain could be managed thanks to the ideal off-road characteristics of the SPMT and high manoeuvrability achieved by the use of an electronic steering system with a steering angle of +- 135°. 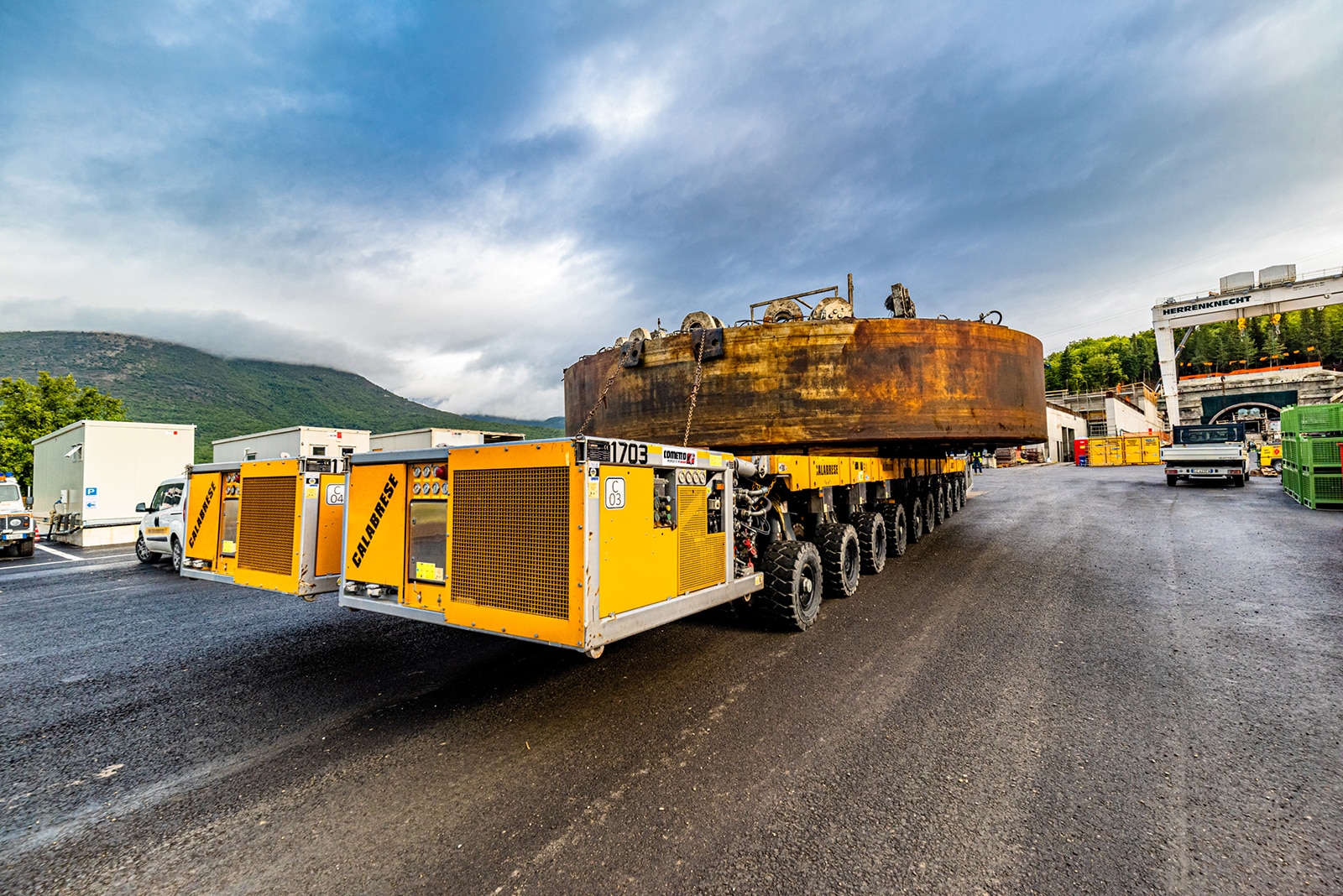 Side-by-side with 720 t payload capacity
The flexible combination was assembled in a side-by-side configuration. On each end of the convoy, two Power Pack Units provided the necessary driving force. Company director Alessandro Calabrese explains the project details. “The removal was necessary in order to proceed with the completion of the inner tunnel construction. In a second phase, the component will be carried and transported to another location. The 20-axle combination type Cometto MSPE 2.43 with an axle load of 40t provides a total payload capacity of approximately 720t. The Cometto MSPE is an important transport tool for Calabrese Autogru S.r.l., which is also active in the rental of cranes from 30t to 800t and lifting platforms up to 100 m.