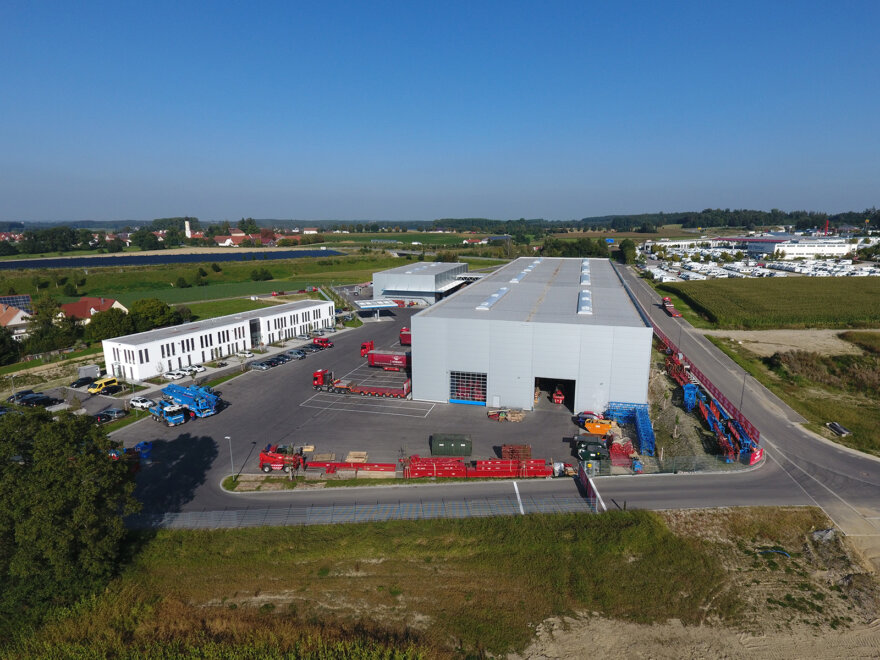 The Felbermayr subsidiaries Wimmer Maschinentransporte and Hagn Umwelttechnik have a new home. The new site covering approximately 40,000 square metres and situated in the Sulzemoos industrial park was officially opened on 23rd September.

Expressing their satisfaction with the rapid completion of the new location, the owner family Felbermayr says: “It is incredible how much has been built in just eight months.“ Holger Stegmann, head of the Felbermayr subsidiary Wimmer Maschinentransporte, and Michael Altschäffl, head of the Felbermayr subsidiary Hagn Umwelttechnik, are also pleased, commenting on the opportunities offered by the approximately 10,000 square metres of office, warehouse and workshop space: “Here, we have the ideal environment to best meet the requirements of our customers.“

Around 250 guests were invited to the opening ceremony, including numerous customers and partners as well as Felbermayr managers. Guests were able to form an impression of Wimmer, a company specialising in special transport and industrial equipment as well as crane hire. Hagn, a company specialising in landfill construction and environmental engineering, presented an impressive short film about cleaning up a power station discharge canal. The Managing Director of Felbermayr Transport and Lifting Technology and co-initiator of the project to establish the Sulzemoos location, Wolfgang Schellerer, considers the site to be a milestone: “The development of Wimmer over the five years since we acquired the company is impressive, and has also provided an example for many other successful divisions.“

The afternoon of the opening day was given over to the families of the approximately 150 employees at the site. The event, which included a bouncy castle and a balloon launch, also gave the many children in attendance the opportunity to see for themselves where their parents work. And, who knows, some of them might one day become new Felbermayr employees themselves and help write their own chapter in the story of the family-run company in Wels.