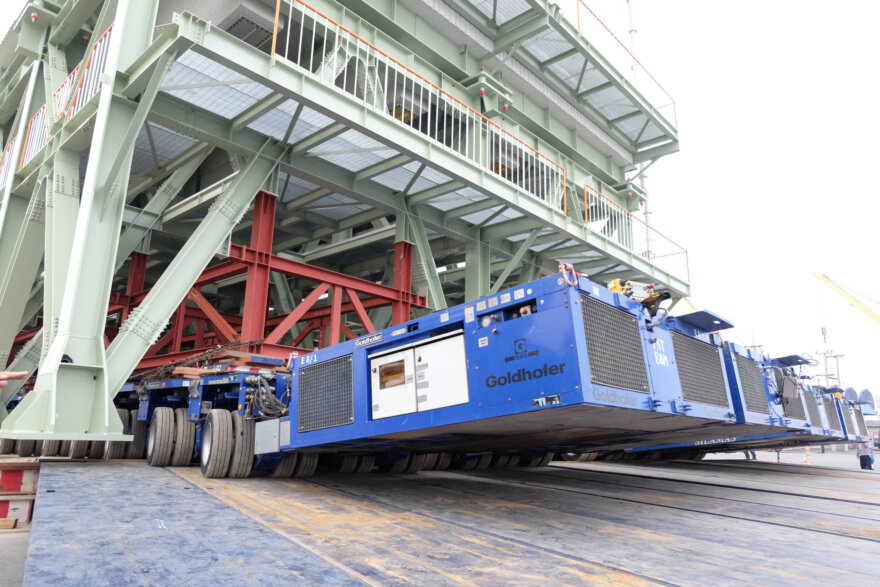 The Thai transportation specialist Silamas, headquartered in Samuthprakan, owns more than 550 Goldhofer axle lines in its fleet and is one of the biggest and most important customers of the Memmingen-based world market leader for heavy and special transport solutions in Asia. For many years, the two companies have been regularly collaborating on challenging transportation operations with regard to the selection of the optimum vehicle configuration from Goldhofer’s wide range of equipment on the basis of detailed analysis of the route involved.

Silamas recently mastered the task of loading two extremely heavy waste gas scrubbers for the Takehara coal-fired power station in Japan. The power station comprises three plants and, with a rated generating capacity of 1300 megawatts, is one of the chief sources of energy in the Hiroshima region. The scrubbers, each weighing 2,100 tons and measuring a huge 16 x 36.1 x 36 m, were engineered by Slot-Nankai Co., Ltd of Sattahip Port, Thailand. The Silamas team led by Engineering Manager Teeraphap Juntorn was given the task of moving the units from the grounds of the works over a distance of about 800 m to the quay and loading them onto a barge. “In view of the enormous weight and dimensions of the units, we finally opted for two 24-axle parallel combinations controlled by a single operator,” says Teeraphap Juntorn.

One parallel combination comprised 2x (PST/SLE 16 + THP/SL 8), while the configuration chosen for the second parallel combination was 1x PST/SL 4 + THP/SL 20 and 1x PST/SL 6 + THP/SL 18. With a tractive force of 160 kN per driven axle line and a particularly sturdy frame, Goldhofer’s PST/SL series is one of the heavy duty modules with the highest loading capacity on the market while the THP/SL modules, with their high bending moment, come into their own when handling concentrated loads in particular.

Teeraphap Juntorn explains: “What I found especially convincing for this operation was the use of the Goldhofer Hydronic steering system, which enabled us to control the entire vehicle combination with just one operator.” The particular challenge was that the different types of vehicles had to be coordinated to form a synchronised transport unit. That was done with the help of Goldhofer’s Hydronic system. This computerised hydraulic steering control unit enables rod-steered THP/SL modules to be synchronised with the electronic steering systems of the self-propelled vehicles. Thanks to the Hydronic system, the vehicle combination with its cargo, weighing a total of 2,500 tons, showed great precision in executing the first critical manoeuvre at the end of the journey when it had to drive onto a ramp with a slope of almost five percent. There was also a difference in height of more than 30 cm between the ramp and the barge, but that was easily compensated with the stroke on the Goldhofer modules.

The second challenge was the subsequent drive onto the barge. Due to the limited space available at the loading point, the 40 m long transporter had to approach the transport ship at an angle. During this manoeuvre, Silamas’ personnel and the crew of the barge gave an impressive demonstration of precision team work, and the cargo was placed exactly on the foundation installed in the middle of the barge. Teeraphap Juntorn adds: “Thanks to the thorough preparations, we were easily able to comply with the project schedule and load both units within a week. It is always a great feeling when different teams work so well together on the first trip right from the start.” 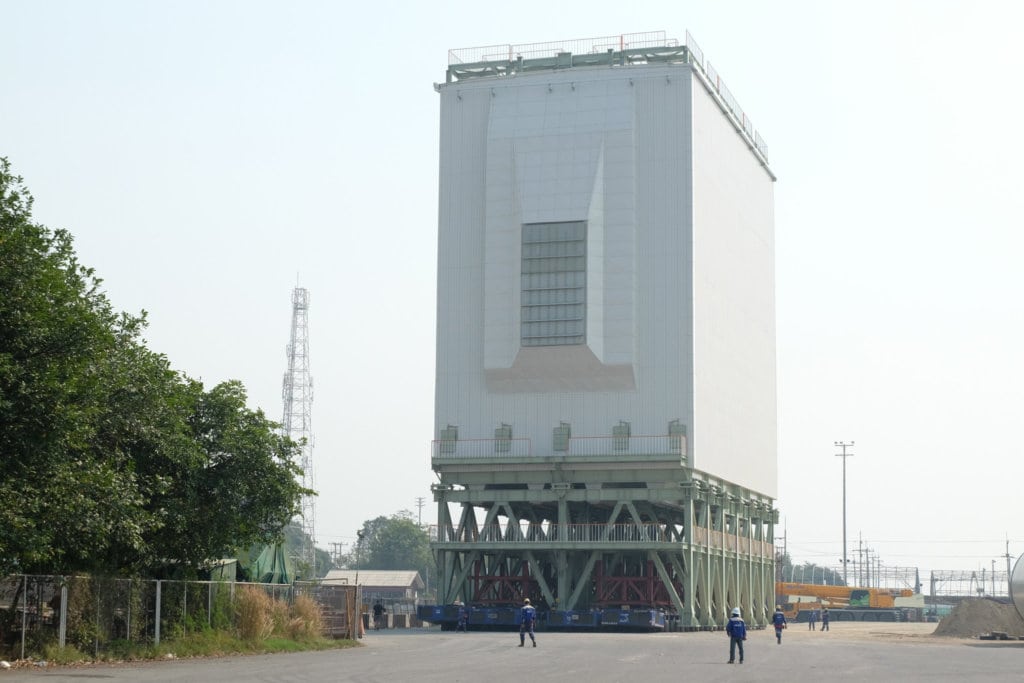