The electric power pack, “ePP”, lasts around 20 consecutive lifts with a 35 tonnes weight. It can be charged by the truck while driving and by plug-in (230V). Electric power suits Sideloaders particularly well as the handling time of the cranes, ca 2-5 mins per stop, generally is only a smaller part of a working day where much of the time is spent on transportation.

“We have a customer today in Australia who doesn’t have to stop to charge the Sideloader at all, and the charging during transport is enough to last for a whole week without plug-in charging. This same scenario will apply to many of our customers. In combination with plug-in charging the ePP will work great for anyone with some transport distance” says Bengt-Olof Hammar, CEO and owner at Hammar.

Compared to the traditional diesel power pack the ePP has many advantages. Less environmental impact, a healthier working environment, lower operating costs, a lower weight and significantly lower noise levels. Zero emission and lower noise levels are particularly useful in the increasingly dense urban areas, where this otherwise can be a problem. Many places also do or plan to control this by law.

Ancotrans, the largest Sideloader operator in Denmark, is the first company outside Australia to receive the electric Sideloader. With a long-term focus on greener container transports the electric power pack was an obvious choice.

“We bought the Hammar electric Sideloader because it is the right solution for both for the climate and for the working environment of the driver. The lower sound levels, no particles and cleaner air when working in confined spaces are all important factors” says Mogens Røigaard, COO at Ancotrans. 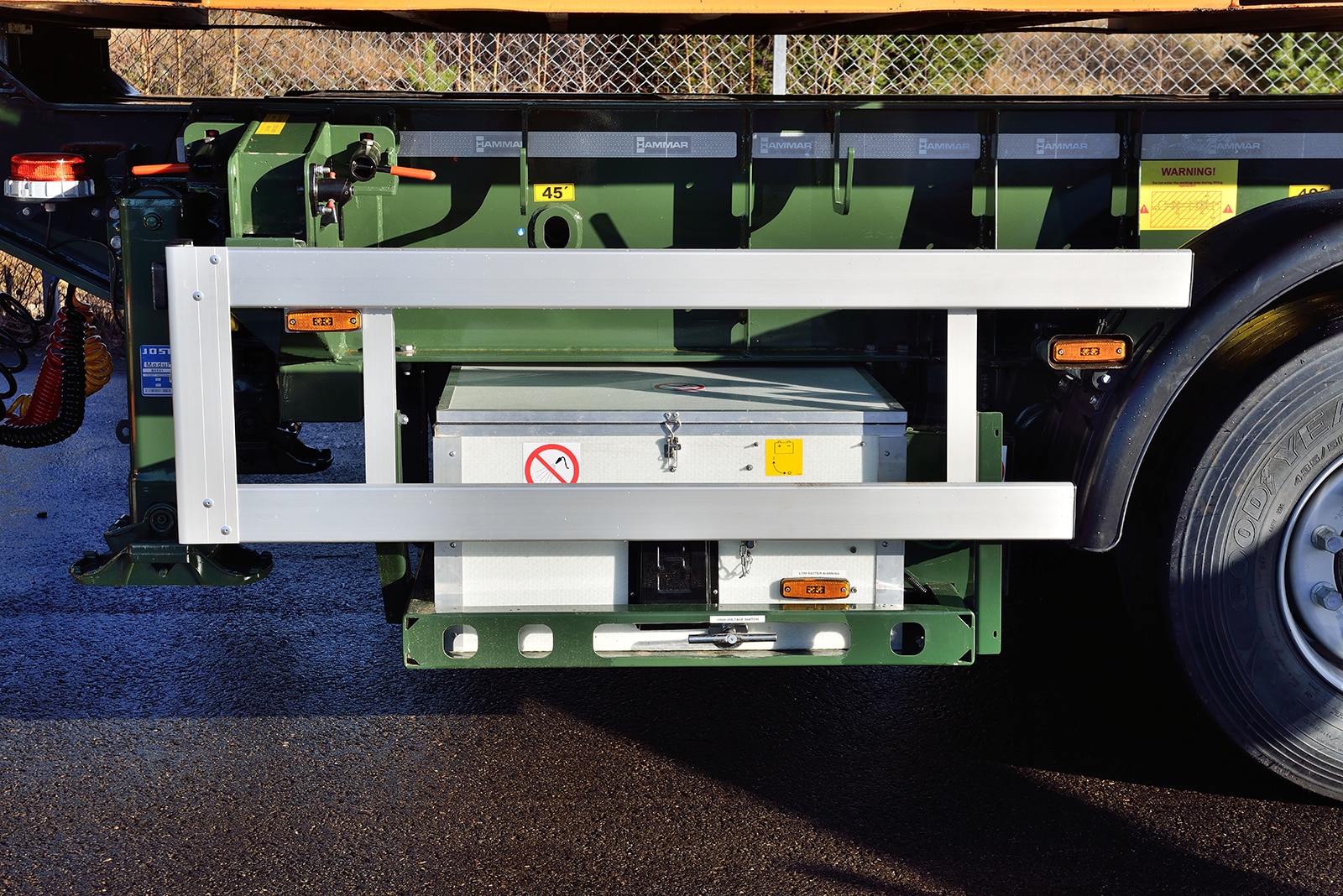 The technology is in constant motion and Hammar is already developing the next generation of electric power packs for Sideloaders. “We will continue to look at and develop greener alternatives and be at the frontline of electric Sideloaders. says Bengt-Olof Hammar. “As greener trucks become available Sideloaders will also become greener, as many operators also choose to power their Sideloaders with their truck via power take-off”.