[vc_row][vc_column][vc_column_text]THE NEW CAPACITIES OF THE NEXT GENERATION OF THE HAMMAR MEGAREACH CRANE EXTENSIONS INCLUDE 15 TONNES AT 6M REACH AND STACKING CONTAINERS WEIGHING UP TO 17 TONNES IN A SECOND ROW.

Crane extensions, allowing the lift further out from the Sideloader, have existed for a long time. Hammar built its first in 1990, and in 2013 released the Hammar MegaReach, which allowed Sideloaders to stack two containers high in a second row. But because of the safe working load (SWL) of 5.5 tonnes at maximum reach, the MegaReach extensions were almost exclusively used for empty containers.

The new generation features integrated extensions, a longer reach and an upgrade to 15 tonnes SWL at maximum reach. It can stack containers in a second row weighing up to 17 tonnes and is available for all Hammar chassis models.

“This is the first crane extension for Sideloaders in the world to reach anywhere near these capabilities,” says Bengt-Olof Hammar, chief executive officer and owner of Hammar Group. “Sideloader operators often face less than ideal situations and the added versatility of these extensions will make many jobs much easier.” 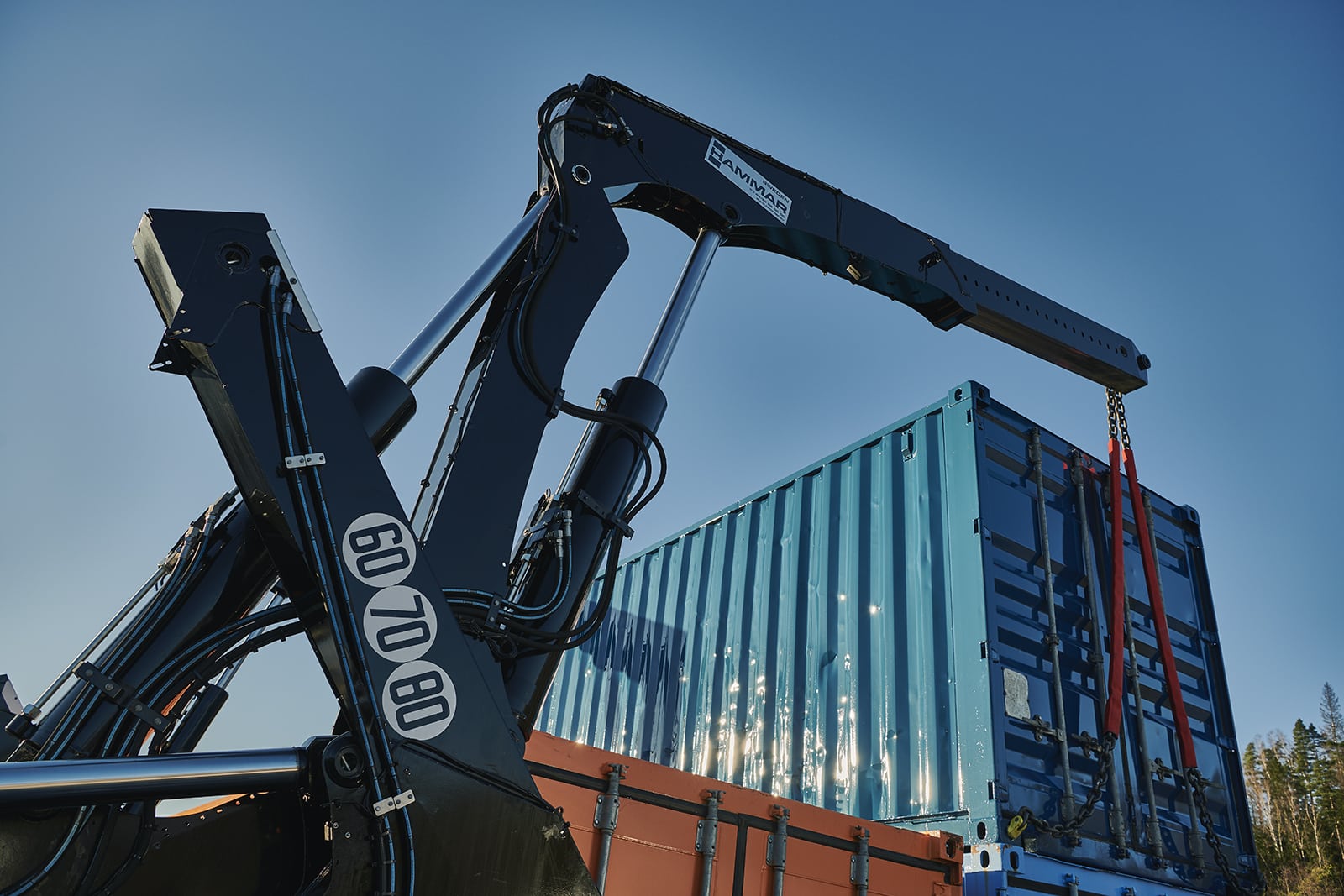 Technically, there are many factors deciding how much you can actually lift. The reach of the support legs, the weight of the Sideloader, the strength of the extension construction, hydraulic pressure, cylinder sizes and more. In terms of safety, it’s monitored by the Hammar Safety+ system, but it matters when choosing what Hammar model to use.

“We recommend our Hammar 110 model with its new WideLeg option for anyone wanting to use the full potential of the new MegaReach,” continues Bengt-Olof Hammar. “With the new extra wide support leg it gives the stability needed to lift 15 tonnes at maximum reach and to stack 17 tonnes in a second row without using any counter weights.” The WideLeg is a new option available for the Hammar 110 model, where the support legs are designed with an additional 500mm reach.