HHA gear going under the hammer 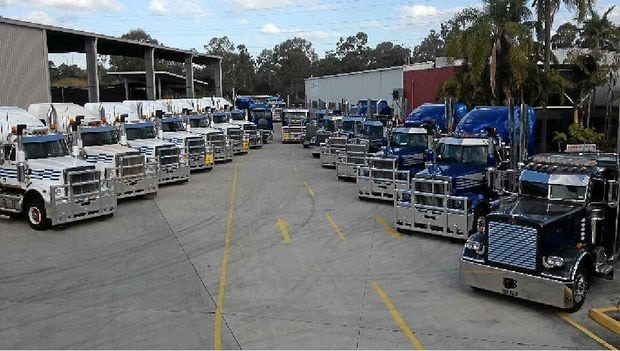 Heavy Haulage Australia’s (HHA) assets are being sold off in what looks to be the biggest sale of the year.

Two months ago founder Jon Kelly was sacked after the business was placed into administration. This was less than a year after Mr Kelly sold half the business to McAleese in a bid to expand. Administrators Ferrier Hodgson tried to sell the business, but no buyer could be found. The business was wound up, its debts amounting to some $60 million and staff were let go.

And now Pickles Auctions are selling off the gear in two huge auctions.

Mr Kelly was famous for his blinged-up and well-maintained gear, which was usually artistically airbrushed. His trucks became as famous as his ego when he starred in the reality TV show Mega Truckers which featured on the A&E Channel. Bruce Connors from Pickles Auctions said there were two sales, the largest to be held on September 2 in Brisbane and another on September 8 at Port Hedland.

There’s a mixture of items available, including trailers, trucks and workshop equipment. “The majority will go on the day,” Mr Connors said, “because the financiers will meet the market, no one wants to hold onto the gear.” There’s trucks like J Cash for sale, number plates will be sold separately and you can expect some well-maintained low-kilometre gear. Pickles expects more than 500 people to take part in the sales either onsite or simulcast. You can also bid through a smartphone app.