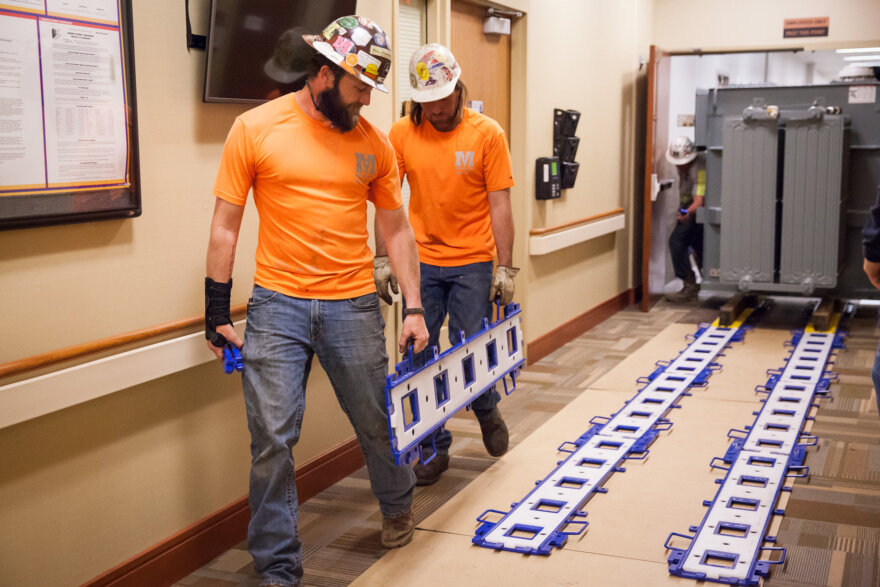 Hydraulic skidding systems will increasingly be used in heavy lift and rigging applications, according to one contractor that is seeing heightened demand for 500 ton and 150 ton capacity systems.

Ryan Oliverson, manager, Mountain Heavy Transport, said: “We see increased uptake being led by raised awareness. Once we get the systems in front of customers, they quickly apply advantages of their use to additional heavy lift and rigging situations. That is a trend being replicated elsewhere in industry. As that interest continues to grow, we would consider expanding the fleet further with a third, smaller capacity unit.”

The HT500 system was purchased in Spring 2015 and is suited to the movement of transformers, generators, compressors, pressure vessels and machines where a rigid, load carrying track is required, while a standout feature of the 150 ton system, which was delivered in the Fall of the same year, is it can be assembled in minutes and controlled by one operator working from a remotely positioned power unit.

Oliverson said: “We first took delivery of the Hydra-Slide HT500 and supporting 5-1G power unit. It was immediately apparent that the system was designed with the user in mind; we were drawn to its functionality and simple design. We originally acquired the XLP150 for skidding small transformers and generators inside a hospital. Height was a concern as was the ability to quickly move and relocate the equipment. The ability to put the kit to work with one person was hugely advantageous in this and subsequent applications.”

While the capabilities of the Hydra-Slide machines stand out, Oliverson reiterated the importance of Hydra-Slide’s ability to back it up with world-class product training and customer service, crucial to safety and ongoing improvement of best practice as use of hydraulic skidding systems becomes more widespread, he said.

Oliverson added: “Hydra-Slide’s training is second to none. They realise that for customers to be happy with the equipment they must have a good on-boarding. Along with the basic operational training, they provided plenty of subtle tips that make the operation extremely simple. We’ve been very happy with the Hydra-Slide product itself, while exceptional customer service completes the offering.”