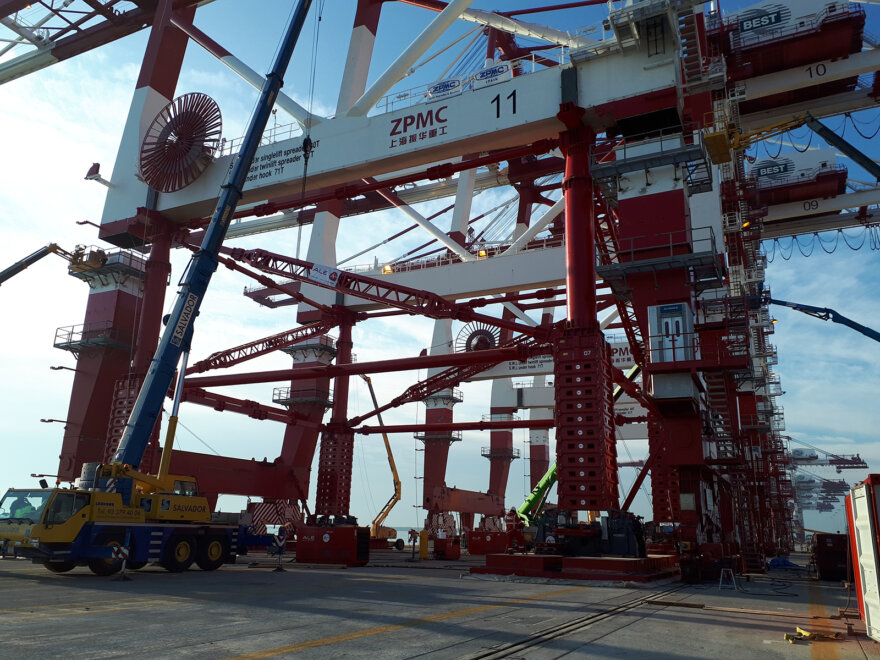 ALE was sub-contracted by ZPMC to jack-up the cranes almost 6m high, so the cranes could be extended at the Barcelona Europe South Terminal (BEST). Due to the ongoing activities on-site and the tight timeframe, ALE had to find a solution that had the high capacity yet small footprint and could execute the jacking quickly whilst minimising site disruption.

ALE used the Mega Jack 800, with 800t capacity in each of the four towers, to perform the jacking in 12 stages. A jacking frame was also deployed to support the crane structure.

Elena Muñoz, Project Manager based at ALE’s Spanish branch, said, “This was a challenging project, we had to work with low ground bearing pressures and on a congested site with multiple operations. By using the Mega Jack 800 we provided a quick and timely method that enabled us to complete the manoeuvres within the restrictions of time and site space, whilst avoiding any site disruption or delays.

“The Mega Jack 800 is a highly accurate system and was ideally suited as we had to ensure a fully synchronised manoeuvre that had the capability to jack-up such heavy loads. This project really demonstrates our abilities to provide a bespoke and innovative engineering solution that is also time and cost-effective.”