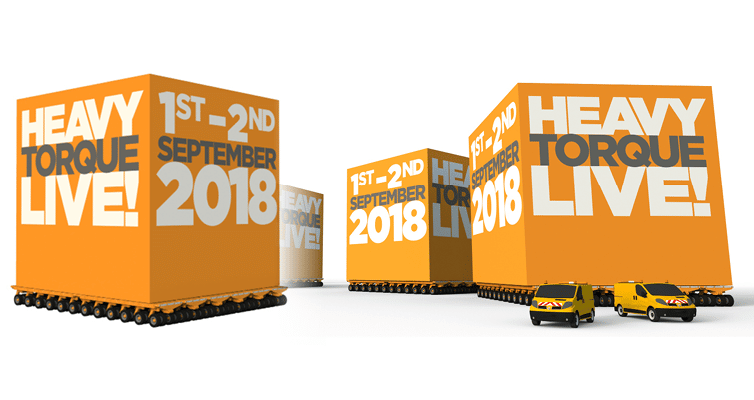 It’s with a heavy heart that the HeavyTorque team have to announce the postponement of HeavyTorque LIVE!.

Due to circumstances beyond our control we’re unable to deliver this spectacular festival of achievement, celebrating everything that we love about the heavy haulage and abnormal load industry. We wouldn’t be happy delivering an event which we’re not 100% happy with and as a result we’ve taken the difficult decision to postpone the event until we can successfully deliver our vision as promised.

Our initial plan was for this three-day extravaganza to kick off with the annual Heavies Awards, which are now highly established within the industry, and as a result will not be affected by the postponement. The awards celebrate the great and good of the haulage industry and will go ahead as planned, but sadly our plans to cram the following two days with with trucking goodness have suffered a set back. With increased time to plan the festival comes an opportunity to deliver even bigger, bolder and better exhibits, demonstrations and displays to our avid readers, fans and followers.

This is simply adios, but definitely not goodbye, as we’re still busy behind the scenes working hard to deliver the festival we’ve promised! HeavyTorque LIVE! will return, but at a slightly later date, so watch this space!

In addition, its also worth pointing out that The Heavies and HeavyTorque LIVE! will become biennial events, with one event making way for the other on a twelve-monthly rotation.

HeavyTorque readers, please don’t panic! This postponement has no effect on the publication of our well-loved magazine, and as a matter of fact the latest issue will be hitting the shelves as of the 9th June. So while we delve deep into our future festival planning grab yourself a cuppa, put your feet up and enjoy issue fifteen of Britain’s best loved transport title!

Andy, and the HeavyTorque team.