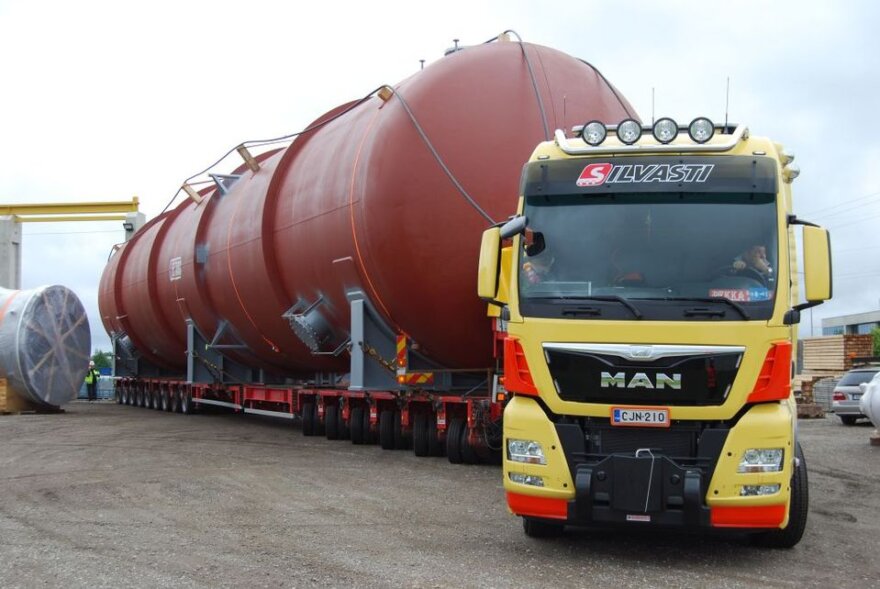 A huge pressure vessel took the short sea trip from Estonia to Hanko Port in Finland and travelled over 400 km by road.

The cargo was 31 meters long, 6m wide and 6.3m high and the pressure vessel itself weighed over 136 tonnes.  The transport was accomplished by Silvasti using a 15-axle modular trailer. The total weight of the combination was 206 tonnes.

Many traffic signs en route needed to be removed and several overhead obstacles needed to be lifted, removed or moved. The transport was moving very slow due to the dimensions and three escort cars were needed. Even 12 bridge controllings were commanded in Finland. Because of the dimensions the ground of the road needed to be filled in some tight curves and in some parts of the route the transport needed to drive in the counter direction to the traffic.

The Transport arrived to Hanko port in South-Finland on a Tuesday and was delivered to the job site successfully on the following Friday of the week.