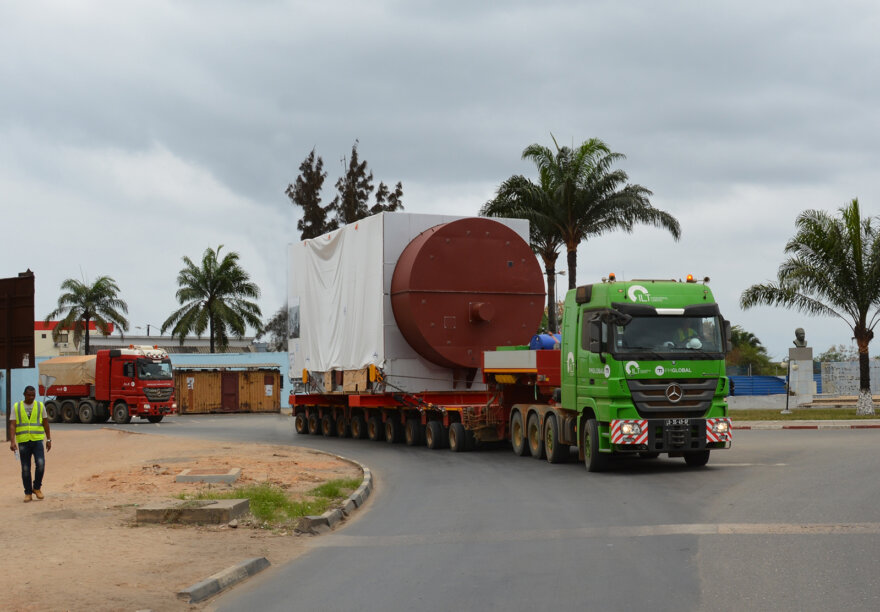 Angola-based transport company SLC and it heavy transport subsidiary FM Global were contracted by the Angolan government to transport gas turbines and generators for a project to update the nation’s power supply.

Claudio Vieira at SLC said, “Thanks to the flexible method of construction, we could assemble the combination in such a way that the high and very concentrated loading weight was ideally distributed. As a result, bridges could be crossed without difficulty. In addition, the drawbar can also be used as a push rod on inclines, providing additional power through a second tractor unit.”

During the transport planning, Faymonville´s Falco software helped with all of the calculations, the company said. Viera added, “This support allowed SLC to deal successfully with a number of tricky situations. Faymonville staff gave us training in advance, so we were fully prepared.”