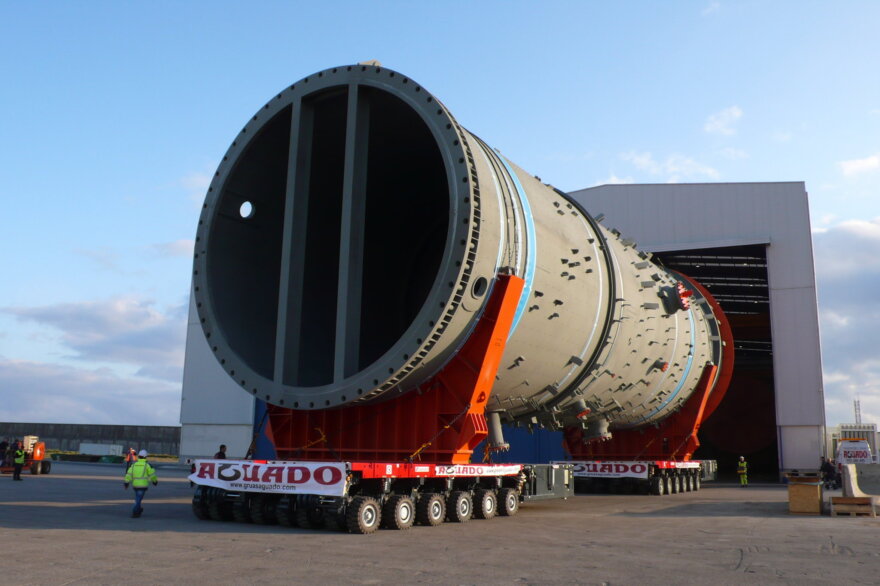 With 24 SPMT (Self-Propelled Modular Transporter) axle lines, Transportes y Gruas Aguado, Spain, expanded its existing fleet of vehicles in mid-2016. Since this time, the vehicles from Scheuerle (TII Group) have been permanently in use – most recently assigned for transporting two imposing distillation columns for the petrochemical industry weighing 521 and 483 tonnes respectively.

For this, two combinations were used in a loose coupling mode with each unit comprising twelve SPMT axle lines – in the process, the vehicles were not only mechanically connected but also by means of a data line. They were powered by two so-called Power Pack Units (PPU) with a 350kW output in each case. Around the world, vehicle modules and PPUs are standardised so operators can rent axle lines as required at any time in order to handle larger-scale projects.

The TII Group is world market leader in the production SPMTs– a major reason for many operators to opt for vehicles which are available worldwide and thus be in a position to respond flexibly to project enquiries at all times. With an axle load of up to 60 tonnes, the proven modules can accommodate huge loads as was the case involving the transportation of the 29.4m x 9.9m and 43.8 x 9.9m columns in reaching their final destination of the Refinería PEMEX Miguel Hernando, Mexico.