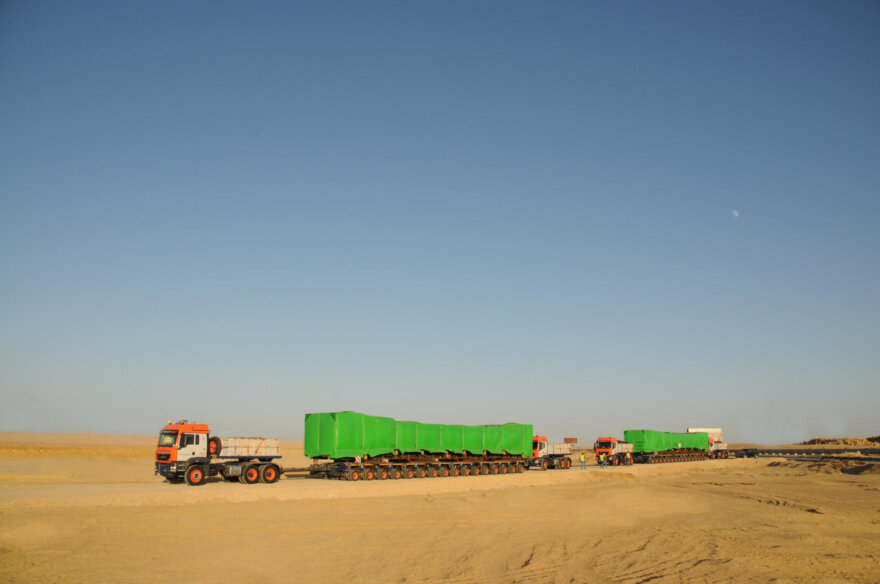 The development of the Egyptian energy sector is currently in full swing and the Paderborn-based heavy haulage specialist Universal Transport is heavily involved in the handling these projects. Furthermore, the operator has recently invested in 32 modular axle lines from the Faymonville G-SL series.

They make up the modular vehicle fleet with which the newly founded Universal Transport Egypt (UTE) will initially accompany two major projects in the coming months. The projects will involve transporting goods from the port of Adabiya to the building sites in New Cairo and Beni Suef: where two of the countries largest gas-fired power plants are currently under construction. The power plant components weigh up to 190 tonnes.

As the renewable energy sector is also just starting to develop, it also expects thousands of new wind turbines to be erected: and the volume of goods traffic to steadily increase.