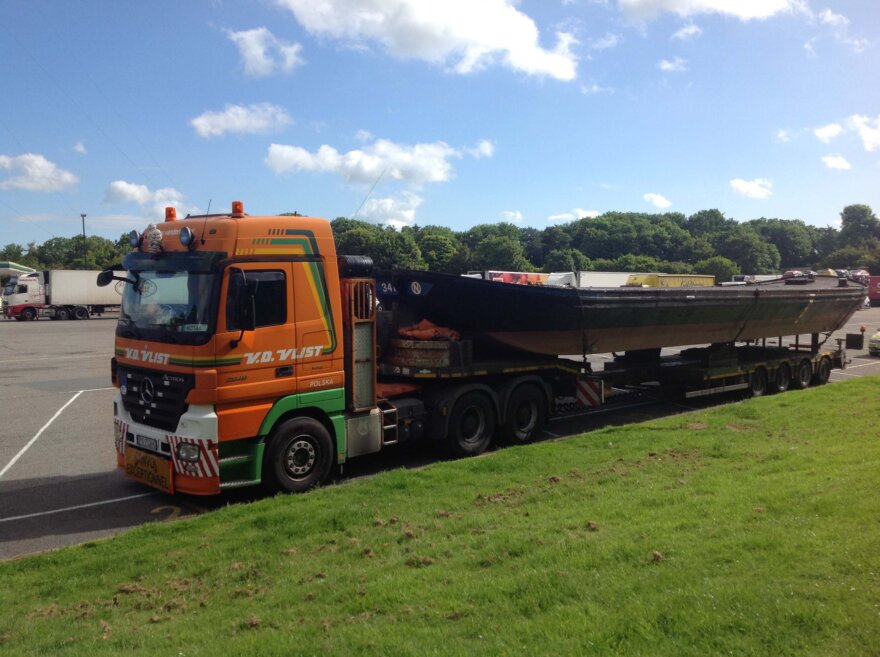 Van der Vlist are used to barge transport, that is transporting things on barges. However over the summer they were able to help a company to transport a Barge on a truck from Zaandam, in North Holland to their premises in Exmouth, UK.

The 18 ton barge, measuring 18m long 4,25m wide and 1,6m high was collected from a depot in Zaandam to be taken across to the hook of Holland, where the barge was itself taken aboard another vessel, and shipped across to Harwich. Private escorts then assisted with the journey across England.

Having arrived at it’s destination, the barge was unloaded by crane, and would eventually be moved to the shore where it could be floated at high tide. Van der Vlist’s client for this was a company called Exewake, who arrange watersports, and will use the barge as a central floating platform for their activities, www.exewake.co.uk.