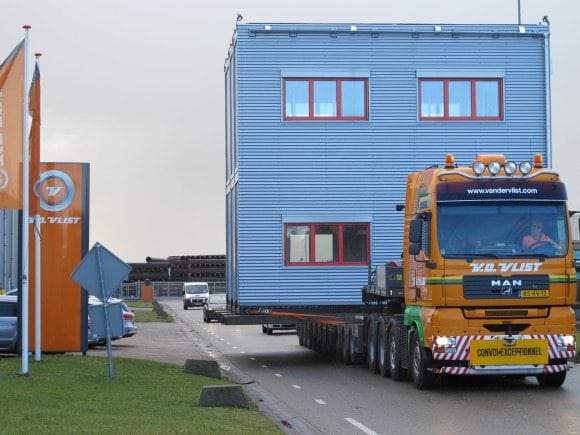 Van der Vlist recently arranged the transportation of a permanent prefabricated office building from an assembly yard in Moerdijk, to be taken to Antwerp.

The two floored building of total 25m x 7,5m x 7,0m, weighing in total 120 tonnes consisted of 20 separate units which were built up on the manufacturing site. This includes padding and was initially meant to be assembled at its final destination in Antwerp. However, due to restrictions on the chemical site it was destined for, this was not possible, meaning it had to be done at the production location in Moerdijk.

The building was transported in two parts, A mobile crane lifted the first building section onto a 10 axle semi low loader, where it could move slowly along the local roads towards Van der Vlist’s terminal facility for transshipment. Once arrived on the quayside, a 500 ton mobile crane then lifted the building onto a barge, where it was secured, as the truck returned to load the second part. With both sections secured, the barge then set sail for Antwerp, where the two parts were installed as on building. 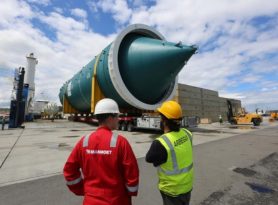 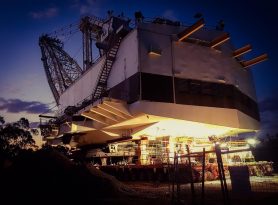 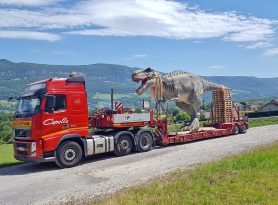 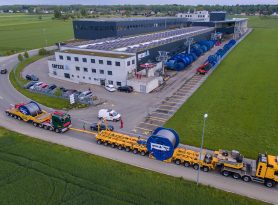