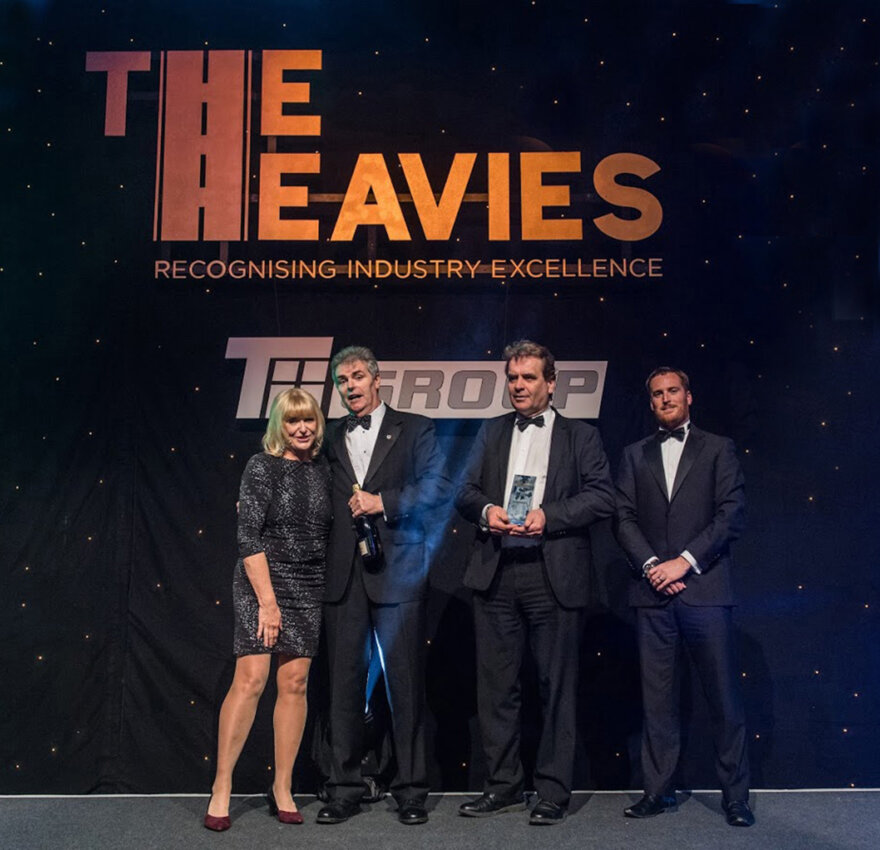 In a glittering ceremony held at the Peterborough Arena, Volvo Trucks I-Shift with Crawler Gears automated transmission has won the ‘Innovation of the Year: Vehicle Manufacturer’ award at ‘The Heavies 2017’. ‘The Heavies’ event is organised and delivered by Nimble Media and HeavyTorque magazine. Nimble Media are the publishers of HeavyTorque.

I-Shift with Crawler Gears allows trucks operating at high gross weights to be driven at speeds as low as 0.5 to 2 km/h. This helps drivers carry out the low speed precision manoeuvring and reversing often required in Heavy Haulage and Construction transport.

This was the first time that the venue has played host to ‘The Heavies’ annual awards ceremony, which is dedicated to the specialists who transport the nation’s infrastructure and the machines that help lay its foundations.

Recognising excellence from across the heavy and abnormal load industry, ‘The Heavies’ awards ceremony seeks to reward those operating and supplying this vital niche sector.

The event was attended by 330 people and invited guests from the Heavy Haulage industry and was hosted by BBC Radio 2’s traffic guru, Sally ‘Traffic’ Boazman.

Fifteen awards were presented during the course of the evening, all adjudicated by an independent panel of industry experts.

‘The Heavies’ support Transaid, an international charity that seeks to reduce poverty in some of the world’s poorest countries by investing in transport. Transaid seeks to identify, champion, implement and share local transport solutions to improve access to basic services and economic opportunity for people in Africa and in developing countries.

Volvo Trucks was represented at the event by Head of Product Management John Comer and Press Officer Nigel Hanwell. Both stepped up to the stage to receive the ‘Innovation of the Year: Vehicle Manufacturer’ award from Gary Forster, the CEO of Transaid.